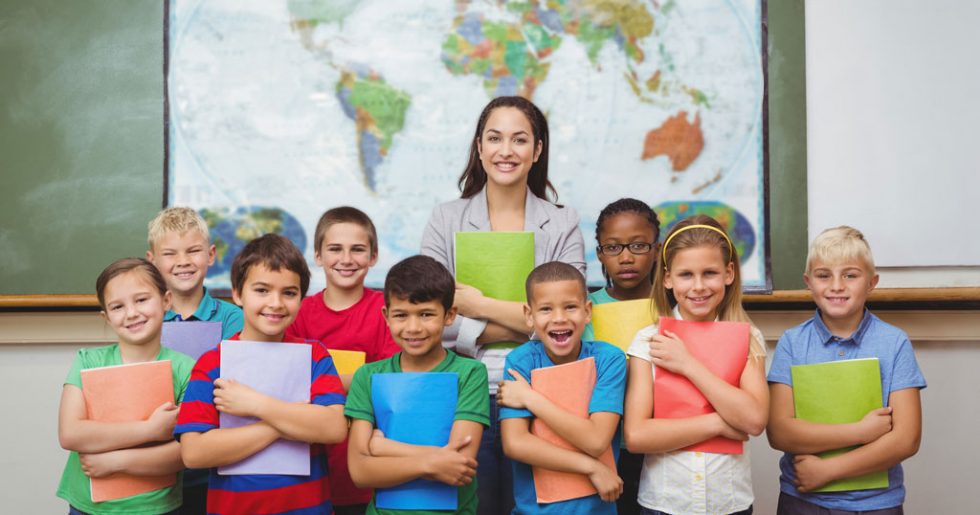 Here’s an account of one family’s experiences of their children going through the local school system in Germany and a comparison of the US and German school systems.

My children have never attended school in the States. They have attended German school since they were three and two years old. My son is now a little more than half-way through his first year in the Grundschule (elementary school), and my daughter has one more year of kindergarten remaining.

While it hasn’t always been easy, I can say without reservation that it has been worth it.

The first days of school are a difficult adjustment for any child, all the more so when you do not share a common language. It was hard for the children to form friendships, they didn’t understand what was expected of them, and some days they just didn’t want to go at all. But slowly they began to find their footing. Both children worked with a language teacher. As they grew more comfortable speaking German, they began to make friends. They were flourishing. It wasn’t just that they were learning a second language, and being exposed to a new culture. The German kindergarten, with its emphasis on free play and social development allowed them to learn at a more child friendly pace.

Integrating with the local community

Having the children attend the local kindergarten allowed all of us to become more integrated into the community. We weren’t merely observers of local customs, we were full participants. From projects at school, to social functions, we were there. We were engaged with people in the community, and practising our German on a daily basis. The more interaction we had the better we understood not only the language, but the culture.

Soon, the children were speaking fluent German. They had a group of close friends; they felt more German than American. I felt more a part of that community than I had at any previous post. By the time we entered our third year at the kindergarten, we weren’t just happy there, we were home.

But like all military families, we knew it couldn’t last forever. That year, my husband received orders. It was time for a change of duty stations.

This would be the first move the children would be old enough to understand.

In part to provide some needed continuity, we decided to keep them in the German school system, rather than enrol them the DOD School System. We hoped it would once again make it easier to integrate into the local community.

The transition was difficult. Starting a new school is a challenge under any circumstance. Our children were now starting over again as foreigners, even though at this point they’d lived in Germany longer than they had in America. They were unfamiliar with the local customs and regional dialects that vary from one Bundesland (German state) to next.

We thought that because he was leaving Kindergarten the transition would be easier on our son. It wasn’t. The longer days were hard on him. The new routine and need to focus on quiet work was difficult. He has had some trouble finding his place in the new school. The first month was filled with tearful mornings and long goodbyes. He didn’t want go to school. His tears tested my resolve and nearly broke my heart. But I knew this was the right place for him, because it wasn’t all about integrating to the local community.

Staying in a specific school system

Every child in the German school system takes a religion or ethics class. The school my son attends offers a choice of Catholic, Protestant, Islamic and ethics studies to the children twice a week. German schools introduce foreign languages at a younger age. In our first German town, they began English lessons in the 1st grade. Here they begin in the 2nd grade. He has three outdoor play periods a day and organized sports during the week. Next year, he will also have swimming lessons during school.

My son attends a ganztag (all day) class, the idea of which is to have time for the students to do all of the work at school, and have the teachers there to help them when they have questions.

The grading system is different. He is ¾ of the way through his first year in school, and has not had a single numerical grade, or test. They are given a weekly plan and allowed to work within that plan at their own pace. He recently received a very detailed two page written performance report, which talked about his academic and social progress.

My daughter adjusted quickly to the routines in her new kindergarten. She will be old enough to attend DOD Kindergarten in the fall, but we’re keeping her in the German school system. I believe that keeping the children in the more unstructured environment for a longer time is beneficial to them and to developing their love of learning. Her kindergarten offers music lessons once a week, and she will begin playing the flute next year. In the fall, as a Vorschulekind (preschooler) she will begin work to help with the transition into the regular academic setting of the Grundschule.

While there are days even now when I have doubts, I don’t regret our decision. I listen as my daughter sings a German children’s song before she asks me to read her a märchen (fairy tale). I listen as my son reads to us in German and English, and watch him work out his math problems with little effort. I realize that whatever obstacles we may face in our journey through the German school system, we are already experiencing immeasurable benefits.

We had two choices when we arrived in Germany, we could remain an outside observer of the culture, or we could embrace it and take an active part in it. It was worth it for the children. Their lives are already richer and fuller for having this experience. A piece of them will always remain at home here. Despite the problems they’ve faced, I believe that they are getting an education that gives them an advantage over their peers. It was worth it for us. Despite the many tears of frustration, I have learned as much as the children.

It is through the school and our participation in it that we truly made Germany our home.

Republished with kind permission via An Education Abroad | An Adventure A Day.