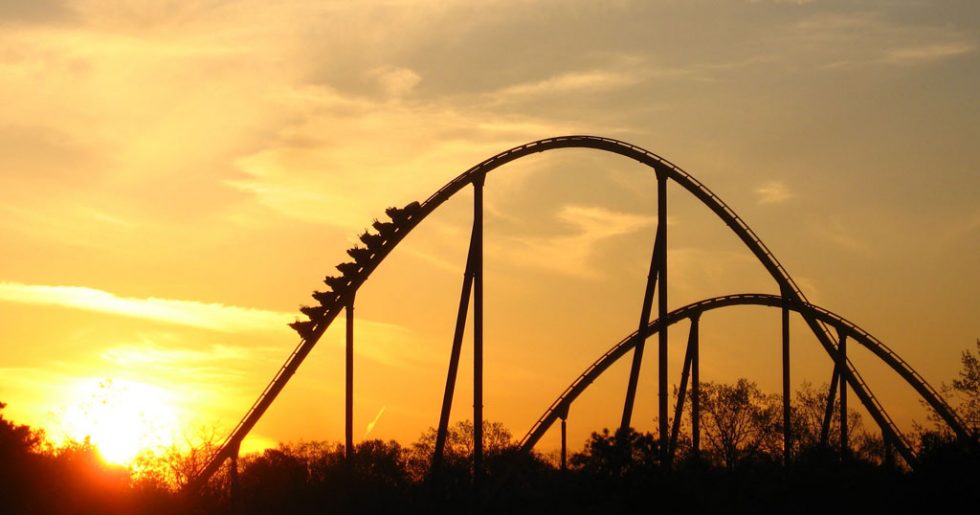 The ups and downs of expat life

In a few short weeks, several good friends will pack up their homes, sling a bag or two and board flights bound for somewhere new. Some have known the stack of their deck for a while, have had months and months to get used to the idea. Some knew the hand they were holding before they touched down at Kastrup, knew that their time here had a sell-by date. Others have been blindsided or taken by surprise. Job restructuring, illness, change of circumstance. Whether they have been here for one year or for seven, whether this whistle-stop was a one-time only thang or just another station on the express, their time abroad has changed them.

There is a lot of talk about the ups and downs of expat life when you are one. Sometimes it’s the only thing you have in common. Other times, depending on what’s going on, it can be the single most important factor influencing your day-to-day life.

My first year out was tough. Had I been given the opportunity to turn around and go home in those first few weeks, I would have been on the first west bound plane out of Larnaca airport.

That initial adjustment can be brutal, and often you are doing it alone. Amazingly, the vast majority of us stick it out, which is lesson number one: you are stronger than you think. I stuck it out, sometimes for no other reason than pig-headedness and because I refused to allow my husband to be good at something I wasn’t. Nearly six years later, I’m grateful I did. I’m grateful for many reasons, but I’m heartily grateful for the lessons that being out of my home country and out of my comfort zone have taught me.

I have learned that it is easier to view the whole, to see the good and the bad, to see what works and what doesn’t when you are standing on the outside looking in. It’s a unique perspective, and a powerful one. That first year for me I was the proverbial kid in the candy store, nose pressed up against the glass, mouth watering, salivating over everything I couldn’t have, everything I missed. Six years on, I’m more of a discerning window shopper. I appreciate the fine chocolate but I am better at spotting the stuff that’s going to rot your teeth and make you sick.

2) I have learned to look for the common denominator

I don’t go to church. Or vote Republican. I still eat gluten, I don’t do yoga, I drink wine. I don’t have girls, I don’t work, I have tattoos and I’m American. Any of those things could be seen as deal-breakers in the friendship game to some. But I am an expat. I’m an expat living in a particular situation that many others are experiencing on the same plane of time and space. If you are smart, you realize that sometimes that one common denominator is all you need to make a friend.

Instead of feeling obligated to spend six hours in Thanksgiving traffic to eat ham (allergic to turkey, remember?), seeing my family for only a handful of dates each year means I appreciate the time I spend with them. Hell, yes it’s hard sometimes, on my side as well as theirs, but you learn that quality does count for a lot.

4) I’ve learned to trust my spouse

It is no easy thing to place your trust in a job that requires you to give up everything you’ve known, pack it all up and move it 7,000 miles away. I’ve had to remind myself at times that my husband does not take that trust lightly, that every decision we have made is one that benefits not only his career, but benefits us as a family. Twice in my life I have stepped off a plane in a country I’ve never been to and led to a home which I’ve never seen. A home which my husband has picked out after ticking off a list of impossible expectations and requirements that I’ve given him. Trust.

Drive on the other side of the road, commute by bicycle. I’ve learned how to adjust and even thrive in another country. In many ways, I’ve adapted to this life better than my husband. Though the changes were greater for me, the benefits have been greater at times too.

Going from a part-time working mother in New York City to a suburban housewife in Nicosia was an adjustment for me. I lost my way for a while, trying to recreate my persona. But I have learned that I can redefine myself as necessary without losing any part of who I am.

7) I’ve learned there is life beyond New York

I still think it’s the best city in the world. I still think my two decades there moulded me into the person I am. I still miss the restaurants and the shopping and the energy. But I can recall Central Park in fall with fondness, with an understanding that after six years out of NYC, there may not be a place for me in NYC. And (big breath) that is OK.

But also that there is nothing like going home, which makes it that much more special.

Things are things. I can’t find good black beans, but I can find great (fill in the blank). Life as an expat is like sitting astride a giant scale. There are advantages, disadvantages, good and bad. If you get it right, the scales will balance. Spend too much time lamenting the loss of things and it’s going to dip and sway and make your stomach drop in ways that you won’t like.

10) I’ve learned that given time, you can adjust to almost any situation.

Even if adjusting means moving on…

…when you don’t have an entire country backing you up.

But that people come in and out of your life for reasons which you may not be aware of and those that are meant to stay in your life will remain there.

Most of all I’ve learned that these lessons, whether you’ve learned them through laughter or tears, are lessons you carry with you for the rest of your life. They are lessons that you can pack up and take with you wherever you may be; lessons that will continue to enrich your life no matter if you’re making another whistle-stop on your life long tour or if hopping off the train for good and going home.

Republished with kind permission via A Broad Abroad-Lessons I’ve Learned as an Expat | Wine and Cheese (doodles).