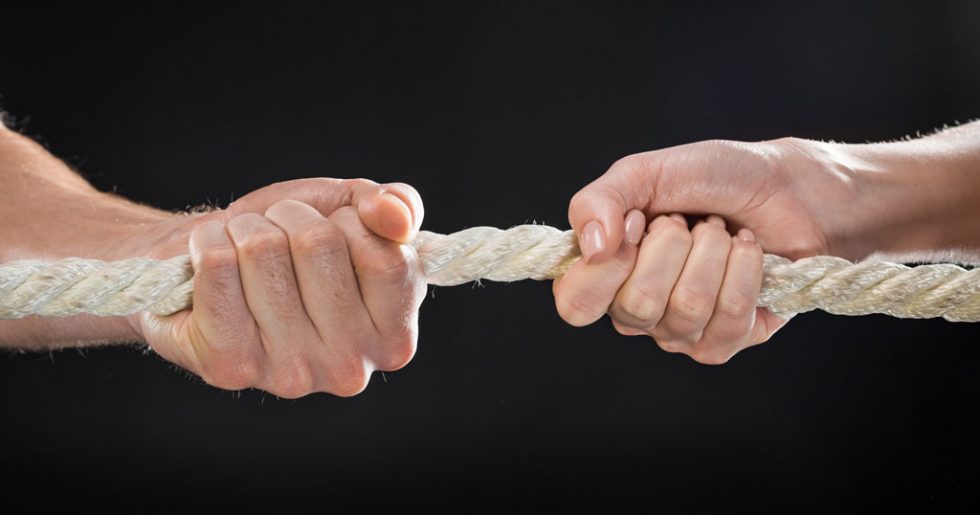 Many people assume expat women are a) a trailing spouse and b) have moved overseas reluctantly.

Apparently, most – if not all – female expats are viewed as the ‘reluctant partner’ in an overseas move…

You what now?! Would you like to take a moment to calm down? Because you’ll need it!

During a discussion in my Facebook group, it came to my attention that many people assume expat women are a) a trailing spouse and b) have moved overseas reluctantly.

Frankly, this astounded me. And what astounded me more, is that it seems to be other women who make this assumption. I rolled my eyes – out loud. A lot. Are women really judging each other like this? It’s 2020 folks!

Here’s an example of one of the comments, the one that set off my train of thought on this,

“I chose to move as a single woman with no kids. However, the assumption wherever I’ve lived is that I am a reluctant trailing spouse, or I moved for work and had to come. It does seem to be the prevailing norm in the female expat community.” Sarah P

So, even if a woman has moved for her career, they ‘apparently didn’t really want to’? We seem to be cast in a victim role. What happened to feminism? I started hammering my keyboard to find out why this may be happening and gratefully landed on this article which helps me understand a little: ahh, it may be a generational ‘thing’, because it’s as sure as hell not my way of thinking.

Feminists of my mother’s generation resisted furiously the claims that women were too timid, too fragile, too neurotic and too easily upset to function in the public sphere. They won this battle. Sisters began doing it for themselves. Women took their places alongside men in boardrooms and political arenas, on lecture hall podiums and in operating theatres, in courts of law and in armies.

This is currently under threat from a cultural shift within feminism which has shifted the aim from female empowerment to status-by-victimhood. It threatens to undo the progress made for women, valorise fragility, discourage resilience, weaponise victimhood and fatally undermine gender relations. It’s not good for women to be treated as fragile victims rather than competent actors in the public sphere. Helen Pluckrose

If it is generational, and symptomatic of ‘the snowflake generation‘, I hope it stops soon!

Anyway, I want to focus on this strange ‘reluctant expat woman’ notion. And yes, I am going to refer to women here, even though I know that men are accompanying expat partners too, because the belief seems to be solely directed at women.

Nobody actually refers to themselves in conversation as being a ‘trailing spouse’, so it must be something else that’s causing this bizarre assumption.

I wonder it’s something to do with the oft-maligned phrase, ‘trailing spouse’, which seems to depict someone being dragged, kicking as screaming, and therefore reluctantly, behind? However, I’m pretty sure nobody actually refers to themselves in conversation as being a ‘trailing spouse’, so it must be something else that’s causing this bizarre assumption.

Yes, many of us give up our careers in order to move abroad, but many of us actually don’t. Many of us have portable careers or choose, yes, choose to stay at home to look after the kids. Is the same assumption of ‘reluctance’ foisted onto stay-at-home mothers? Or am I straying into even dodgier territory here? I suspect I may be, so let me change tack again…

Could it simply be this scenario?

Picture this. We aren’t currently working, so we can meet up with other expat parents during the day, when our partners / spouses are at work and our kids are in school; we are lucky to be able to do this. We meet for coffee after the school run, we meet for lunch. Because we can, because we desperately need to meet people and make contact and friends, and because it’s something to do.

What do we talk about? Do we naturally talk about what we did before moving to that country? Before we moved abroad? Do we make it sound a little more fun that it may have been because we’re trying to impress new friends? Do we wistfully look back, out loud, at our previous life and perhaps make a complaint that we never see our partner these days because they’re working such long hours and travelling so much? Because this often happens in a new job in a new country. Just normal chit-chat really.

Has this now been misconstrued as ‘reluctance’? We didn’t want to move, but we simply had to in order to keep our family together.

Are all accompanying partners reluctant?

I haven’t ever met a female accompanying partner who was a reluctant expat.

Of course not! Personally, I haven’t ever met a female accompanying partner who was a reluctant expat. And I have met a lot of expats. Admittedly, I have met a few male accompanying partners who were bitter about it all though, but perhaps that’s a topic for another day. I have met a women who were unhappy with the way a specific posting worked out and so went home early – usually because they hadn’t done their research about the reality of life in that country.

I’ve also met quite a few women who left their host country because their marriages broke down, but that happens everywhere and while this isn’t necessarily due to expat life, there are relationship pressures that could contribute to the breakdown.

How was moving abroad ‘sprung’ on you?

“Right, we are moving abroad for my work next month and you have no choice in the matter.”

Surely you discussed this possibility before your spouse or partner went on to the ‘going overseas for the good of their career’ option? I’m certain that your partner didn’t come home one evening and say, completely out of the blue, “Right, we are moving abroad for my work next month and you have no choice in the matter.”

If this did happen to you, then I think you may have to rethink your relationship, to be frank!

In our case, my husband came home from work one day and very tentatively asked what I’d think about possibly moving overseas on a posting one day. No pressure at all; if I had said no, that would have been fine. He’d had the opportunity before, but his situation then didn’t suit that particular career path. Instead, he had gone on lots of fairly short business trips – which is actually how we met. We met in Hong Kong, while we were both working on the same project. He was doing one part of the job and I came in afterwards to finish it off – on that occasion our time in the country crossed. In fact, for the first year we were together, working on the same development, we barely spent more than a week or two at home at the same time. Rather romantically, we would arrange to meet in Rome, Boston, or Washington depending on which continent we were working on. I digress…

Anyway, we had a very short discussion about living abroad; because my answer was a definitely “Yes!” I’d already given up one career to a) move out of London to where he lived and b) to become a stay at home mum (yes, it all happened rather quickly!). I had started another career, working from home as a publisher which worked well around our little daughter, and we were a couple of years on from the death of my father. With my mother being a great adventurer, we knew we would see her a lot, wherever we ended up living.

And so he started to apply for overseas jobs. Every option that came up was discussed fully. There were some countries that I said a firm “no” to, for various reasons, and that was fine.

I realise that the ‘stars were aligned’ in our favour with our lives at that point. And I realise that my story is mine; not anyone else’s. Everything in my life – because we are talking about the accompanying partner here – was circumstantial for a move abroad without me feeling I had given anything up, and without any expat guilt on my part. Yes, I did have to give up and sell my publishing business, which was a shame, but not the end of the world.

Understanding the reality of relocation and expat life

In my opinion, most, if not all, women are fully owning their decision to move abroad and move with no regrets.

Having got all that off my chest, I do want to acknowledge that there are many, many people who discover that expat life simply is not for them. There are countless reasons for this: from not being properly prepared to later discovering that life overseas is extremely hard at times. It may be that the country doesn’t suit you and your lifestyle, it may be that homesickness hits you very hard, or you may have made just one too many sacrifices to get there. Perhaps your children are experiencing difficulties that make staying overseas impossible. And there are many other issues that make loving overseas untenable which can affect your mental health, and even physical health.

In my opinion, most, if not all, women are fully owning their decision to move abroad and move with no regrets.

I know in the calls I have with clients that they consider it carefully, and when they work through it with me, they have a much better idea what to expect from expat life. Yes, I have spoken to some people who have a distorted view of what living overseas entails; and yes, I explain the details (I can be quite upfront about it, too!) and in some cases they have chosen not to move – because that is the right choice for them and because I have explained certain, specific considerations that helped draw a line in their own sand.

If you are in this situation right now, not sure whether moving abroad is the right decision for you, let’s talk. We can chat it all over in complete confidence. Book a call

Hop on a call with me so I can help make your expat life one of ‘no regrets’.  Book yourself in today!

I look forward to hearing from you.

So, that’s my outburst over (for now). I shall continue this topic soon, with tips on how to avoid feeling like a victim if you feel hard done by with a move abroad. [Now published, read Part 2 here]

How to Make Sure This Doesn’t Happen To You!

I offer one-to-one support and targeted help and advice to help you navigate your own expat journey. Come and chat with me to see how I can ensure you are well-prepared for expat life.