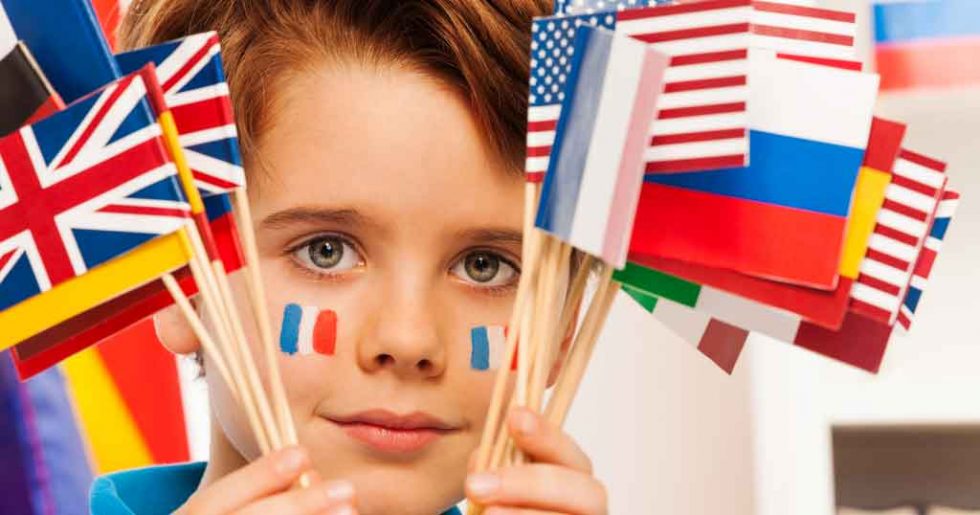 Learning a foreign language as a child

Younger children pick up a new language so much quicker than older kids and adults. Learning a foreign language as a child is much easier than learning it as an adult.

Actually, children don’t learn a language, as such – they acquire a language: almost by osmosis! Can you remember learning your native language? No, you acquired it from birth. Get a kid to listen to other languages early enough and they will assimilate a good portion of it.

Studies prove that children who learn languages from a very young age have much better pronunciation than older kids and adults – often on a native speaker level. I think this is because they don’t have the self-consciousness we gain as we get older. Also, once one extra language is picked up, it seems to create pathways in the brain that means acquiring other languages later on is much easier.

If you are moving to a location where a new, foreign language is required, you and your child may choose to start learning it before you leave your home country.

My daughter formally learned her first foreign language – Japanese – as soon as she started school at five years old (we had just moved to Tokyo at the time!) and was able to speak decent sentences with a perfect accent within weeks. Since then, she’s also learned a bit of French, Spanish, German, Afrikaans and Russian. We kept Japanese alive through private tutoring for a while when we moved to Berlin, as she didn’t want to lose that ability, but time moves on, as did we. Although she hasn’t had lessons or spoken Japanese for years, she can still recall a fair bit and she’s an adult now. While at school in our various overseas homes, she found it easy to switch between languages, didn’t get confused and had no problem with the different vocabulary and accents. I’m constantly amazed and very envious of her abilities!

When I was at school, languages weren’t introduced until we were eleven years old. Consequently, I find learning new languages incredibly difficult.

First of all, the younger the child, the more play-based this teaching should be. I do hesitate about using the work ‘teaching’ in this context, as I do want to emphasise the ‘acquiring’ of language as seamlessly as possible, rather than formal teaching. The more fun and casual you can make this, the better your child will move forward.

Make up flash cards; label household items with Post-it notes; count the stairs in your chosen language… all fun, simple and a natural way to gain vocabulary.

Help your child learn a new language before your relocation with these suggestions recommended by expat parents.

This can be expensive, but it’s a price worth paying, especially if your child will be entering a local school where all the lessons will be in the language of that country. In fact, I would recommend a lot of conversational language learning for them before entering a local school, as their integration, well-being and social life will depend on it from the very start.

Even if they will be going to an international school, getting head start on the language will pay dividends.

Yes, I’m encouraging your child to watch more TV! Depending on their age and attention span, you may choose TV programmes or full-length films. Movies usually have an option to change the language they’re shown in. This method is particularly useful when used with a well-known and well-loved movie. As well as gaining an ear for the sounds of the new language, your child will understand the context because the plot of the film is already known to them. All learning should be enjoyable, and what could be more enjoyable than watching movies?

You could also invest in specialised language learning modules on DVD. Try them first by visiting your local library for copies to borrow.

Many online resources are available for learning a new language. You simply need to search for the language you’re interested in and see what’s available at the price you’re willing to pay.

The key to teaching your child a new language is to make it fun; be relaxed about it and don’t pressurise them.