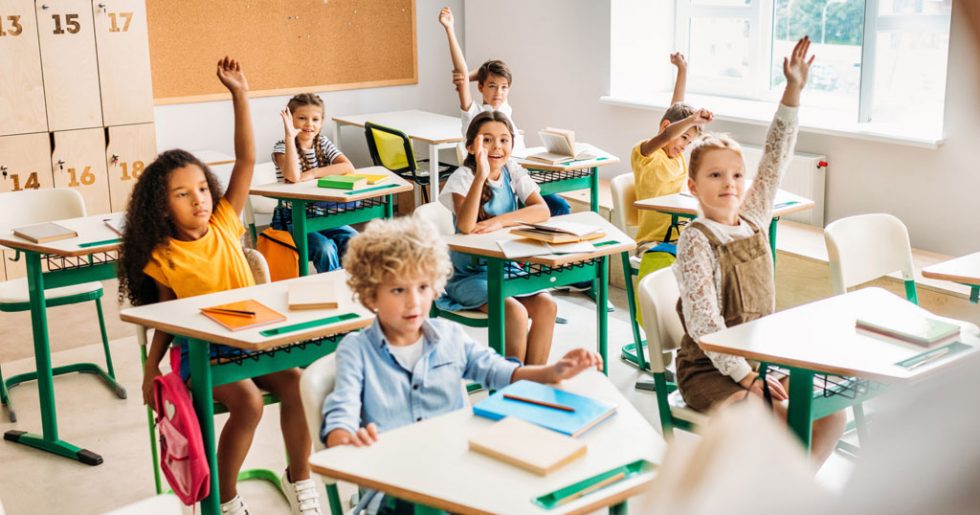 In July 2007 Kate moved to Switzerland with her husband and two boys who were eight and six at the time. She documented their experience in her very informative blog which is an invaluable resource to any parent contemplating a move to Switzerland.

Continued from this post, where Kate made the decision to educate her two boys in the local, Swiss school.

The boys had known for a couple of months that we were debating which school to move them to. We told them our decision. They were upset as they only went through all this the previous year when we left Manchester, but we explained that they would still see their friends from the international school for play dates, sleepovers etc. And in any case, some of their friends might have to leave Zurich as their parents’ jobs might have to move, as that’s the nature of family life at international schools. They’ve already experienced this.

They liked the idea of making permanent friends, and also walking to school on their own – the height of grown-up-ness and responsibility.

The next day I raided the village Post Office bookshelves for workbooks. They had an excellent selection of books to help learn to read in German, and I came home armed with resources to try to help the boys and give them a little confidence before they started.

The boys started their new school in August 2008.

(November 2008) The boys are obviously happy and settled – even though they are both at a difficult stage with the German language. It’s a bit like that stage when they are very young toddlers and before they can string a sentence together – the frustrating business of waiting for the brain / language wiring to gradually connect.

The boys are speaking both Swiss and High German.

They have friends in the village with whom they play on a daily basis. They walk themselves to school – and I miss the school run like a hole in the head. They can independently get themselves to where they want to go, within reason.

It’s been an exhausting rollercoaster of a ride.

It’s been a tough year

I honestly think that the children have been more needy and demanding of me this past year than they ever were when they were in nappies: sometimes I feel I have been home schooling, with the amount of support they have needed.

I have had to be very, very tough with the children, which hasn’t always been easy. In the first term in particular, the children were visibly sinking with exhaustion from the language immersion, so I had to insist on bedtime being stuck to strictly. Sometimes that meant that by the time homework was finished, there was very little time to unwind before bed. By Christmas, getting out of bed in the morning was a desperate struggle for them, and when they sat at the table at mealtimes looking as if they were too tired to bother feeding themselves, I seriously wondered if we had done the right thing. But they recovered.

I have gone out of my way to foster good relations with all the teachers so that they know we are on their side and supportive parents, but without interfering. The Swiss teachers know what they are doing – so I have refused to take issue with them about anything such as homework volume, marks for tests etc. If the teacher has said that something must be redone, then so be it, even if privately I have wanted to scream.

I am mentally drained, but also strangely exhilarated. This year has taken all my inner reserves and energy, but the children have come to the end of it with local friends, extremely happy, increasingly independent, and with language skills being developed at an amazing rate of knots.

So it’s been worth it, even if there have been times when the gin bottle has taken a bit of a bashing.

It’s been what the British term ‘good character building stuff’.

(2012) We are now in our fifth year in the Swiss school system, and our sixth year in Switzerland.

The boys are marked at school as if they were Swiss; rather than ‘German as a Second Language’.

The schooling system is not perfect, but then, show me one that is. The advantages of integration, in my view, for a family planning to stay here far outweigh the disadvantages, and that’s with no regard whatever for the financial aspect of such a decision.

I know we have had a mostly positive experience, but that is partly due to our own attitude to our surroundings and the culture in which we find ourselves – we don’t continually harp on about it not being the same as it is in Britain – because we’re not in Britain!

How well anyone copes with integration is, in my experience, down to parental attitude, ie how committed the parents are to making it work for the kids, and therefore all the moral and emotional support, and subliminal messages that they exude.

We were terrified; Swiss schools have a bad reputation for bullying, but it felt like the right decision and still does.

My sons have friends round the corner, and can speak three languages fluently, and are both learning a fourth. What’s not to like?