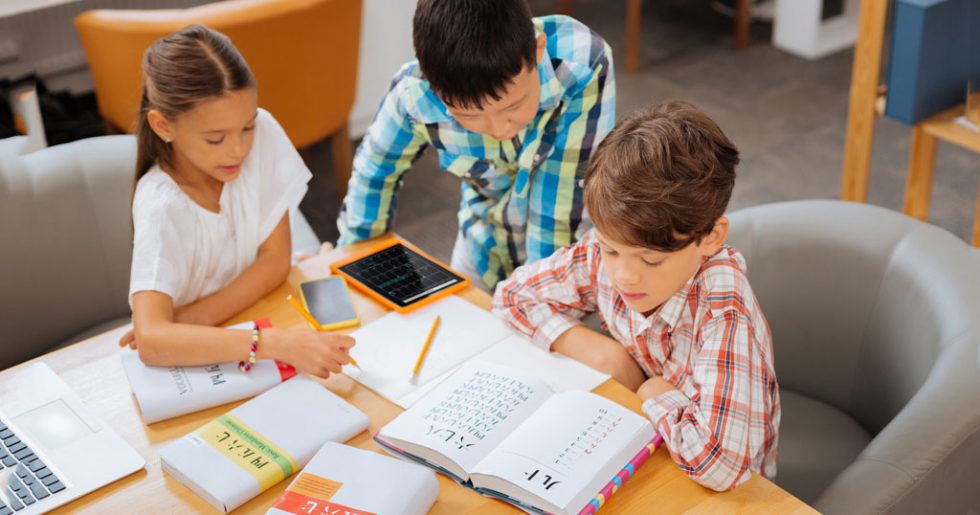 Benefits of educating children in a local school

Are you considering putting your child into a local school, where the teaching is conducted in a different language? If so, you may be feeling rather anxious about that decision.

Most children are remarkably resilient and there are many benefits to be gained by joining the local school. For a start, they will pick up the language very rapidly, and another major advantage is that they will have local friends.

Here you will find excerpts from a blog written by a mother who did just that.

In July 2007 Kate moved to Switzerland with her husband and two boys who were eight and six at the time. She documented their experience in her very informative blog which is an invaluable resource to any parent contemplating a move to Switzerland.

(Readers should be aware that the Swiss school system is, according to Kate, “quirky, to say the least. The system varies from Kanton to Kanton, to such an extent that even the cut off dates for when the year groups fall varies from Kanton to Kanton: if you move Kanton, your child might end up repeating a school year simply because of when his or her birthday falls.”)

We moved from the UK to Switzerland in July 2007. The boys were eight and six and had just finished Years 3 and 1 respectively in the UK. They went into an international school for the first year, until July 2008. Then they transferred into local school at ages nine and seven. We are now in our 6th year here, and their 5th year of local schooling.

We chose a small international school in Zurich for the first couple of years here, knowing that we would have to consider our options quite soon. My husband and I both felt that living in Switzerland but being educated in English is sensible to start with for the boys, to help them get used to our new life.

The boys started at their international school, and were taught German 4 days a week. In this subject they are streamed within each year group into Beginners, Intermediate and Advanced. Both boys started in the Beginners stream and rapidly transferred into Intermediate. Their teacher informed me that they were both doing very well. In fact it got me thinking – if we don’t immerse them in the Swiss system now it could be a huge opportunity to develop their language skills – lost.

However, having walked the boys to school in the UK, I loathed the school run. It was tiring, time-consuming and not remotely environmentally friendly. Added to this, the children were reluctant to “play out” in a country where it’s safe to do so, as they didn’t know anyone in the street.

But we were still very keen on the International Baccalaureate system. So we visited another international school in the city where my husband works. The school is excellent and they had places available.

But when I got home I realised that I had just driven 70 km. This would mean 140km and 3 hours in the car every day just to get them to school. Factor in the after school activities and the party invitations as far as the German and Austrian borders and what do you get? Me in the loony bin. And we would still have to find money for fees – and the boys still wouldn’t know anyone in the village. I love the IB and I love this school, but we also love where we live and don’t want to move, and to choose this school at this stage would make no sense.

There are two primary schools in the village. We visited one school and were impressed with the facilities and the staff. Perhaps this wouldn’t be such a bad move after all… the childrens’ language development would be very good, and they would have friends in the village at last. But we hear that they might have to be kept back a year because their German might not be very good to start with.

We decided to visit the other Swiss village school. This one we liked even more than the first one. The head teacher was able to explain a number of things, including:

We came out of the meeting thoroughly cheered: this is clearly a very sensible option for us. They really do seem genuinely happy to welcome us auslanders and they seem happy to help us integrate.