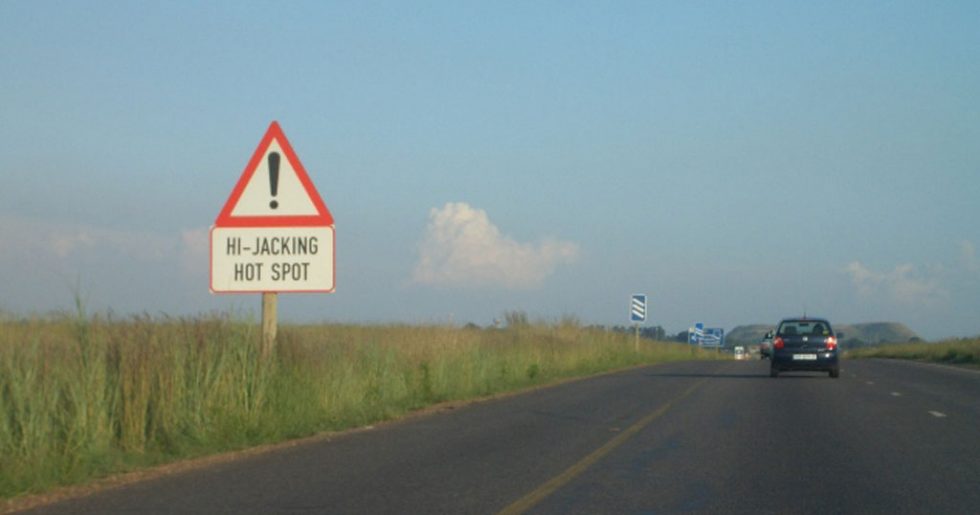 I was all too aware of the many crime issues in South Africa prior to us moving here – we couldn’t escape the doom-laden tales from the media, friends and colleagues. Interestingly, the most negative stories came from those people who had never actually been to South Africa, which says more about those individuals than the country itself. However, the enormously high violent crime rate here cannot and should not be ignored or glossed over.

All South Africans know that in the past 15 years there has been an abnormal increase in violence and crime. Hardly a minute goes by without news of an assault, raping, murder, hijacking, home invasion or some other type of violent crime – most often against innocent people quietly going about their normal community respected everyday lives. To reduce the danger of being attacked in the street or at home, of being the victim of a crime or simply of being in the wrong place at the wrong time, it has become imperative for law abiding citizens to learn how to defend themselves and protect their property effectively. [Source]

Security measures are in place: houses are generally surrounded by high walls topped with CCTV, metal spikes and electric fences. Security grills cover all the windows and doors and we were told to keep them shut and locked at all times. This becomes second nature in a very short time.

More unusual is the ‘safe area’ within the house – a solid door with many locks and bolts which closes off part of the house and is in place in case of a home invasion; a chilling prospect. This ‘keep’ door has to be locked each night to provide an extra layer of security. Burglars here want you to be at home so you can give them access to valuables.

We were given a fleeting security briefing on arrival: how to work the house alarm, and advice such as, “get ‘smash and grab’ film put on the car windows”, “watch out for car-jackers”, “don’t walk anywhere”, and “don’t go out after dark”. As ‘after dark’ is any time after 6pm this would be incredibly limiting, so on further advice from people who have successfully lived here for some time, we ignore that bit and use great care.

A couple of months after our arrival we attended an official security course. Presented by a local consultant, we were given crime statistics (scary) and advice on how to deal with life in South Africa (empowering).

The course was terrifying and encouraging at the same time. Terrifying to hear which horrific crimes occur, how often they happen and the fact that in South Africa a life is worthless and taken easily. Encouragement and empowerment came with being given practical methods to avoid incidents and even what to do in the case of being the victim. I sincerely hope I never, ever have to use what I learned, but it’s good to be prepared.

Certain crimes were examined in depth:

According to SAPS, the majority of all carjackings occur as the victim arrives at home and pulls into the driveway, with the carjackers pulling up behind the victim in order to block an escape path. Victims who resist or fail to comply with demands may be killed or injured seriously. In the worst case scenarios, robbers force the victim into the house, rob the house of its valuables, and drive away with the loot and the victim’s car. [Source]

Car-jacking, known here as hi-jacking, also happens at road intersections, traffic lights and other places on the road. It’s so prevalent that sign posts indicate hot spots. Distraction techniques exist to persuade or force you to stop your car and get out, at which point your car will be stolen, usually at gunpoint.

Prevention comes with an awareness of your surroundings, giving yourself room to manoeuvre and not stopping. If it happens to you, it’s only a car – let them take it.

As above, smash and grab is common and could occur any time you stop your car. Put any valuables into the boot (trunk) of the car and keep them hidden. There is a special film to put over your car windows which prevents the glass breaking.

These crimes are often violent in nature and can occur at any time. In many cases, criminals prefer to attack when the occupant is home because: 1) the residential alarm is off and, 2) the occupant can identify where valuables are kept. The recently released South African Police Service (SAPS) 2012 crime statistics indicate that the number of home invasions remains at an alarmingly high rate, with a total of 6,336 reported in Gauteng Province alone (Gauteng Province includes the cities of Johannesburg and Pretoria). [Source]

Awareness is the key. Don’t be naïve. Don’t tempt fate. Take precautions. Be aware at all times and look around you constantly. Notice small changes and act immediately. It’s better to call for help based on gut instinct than become another victim of violent crime.

We left the course a little more paranoid, a lot more realistic yet still happy to be living in this beautiful, fascinating country.