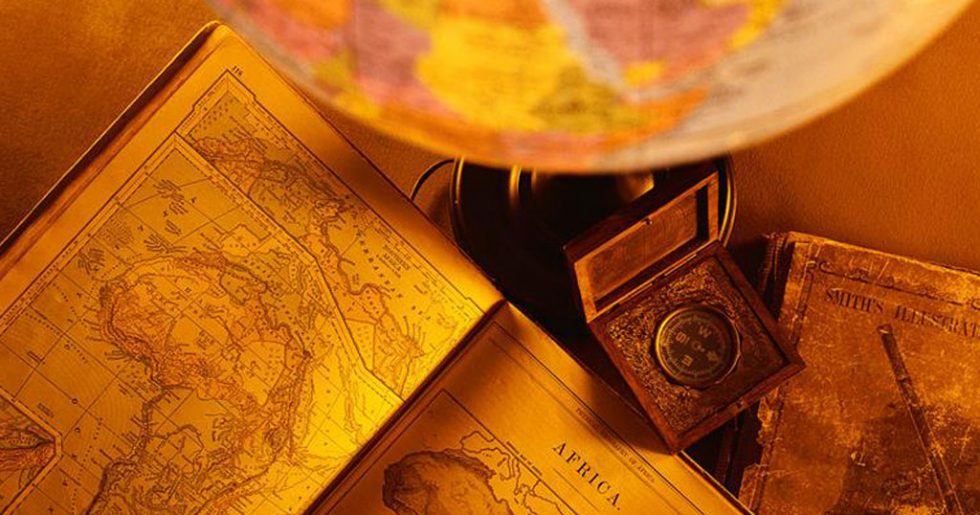 Welcome to this brand new section of the website – and my personal indulgence – ‘Carole’s Blog’.

If you want to know why I’ve started this now, read the Newsflash #2 at the end of this post – I won’t be offended if you don’t read this entire post – you can always read it later, can’t you?!

Right now, I don’t have the time nor inclination to set up yet another new site* and keep it filled with content so I’m incorporating my personal blog into Expat Child.

I plan to only update when I feel the need to write in my own personal voice about my own personal life and so on. There’s no escaping the fact that blogging is a wonderful outlet for those of us who enjoy writing, but keeping ExpatChild running is a full time job. It’s just that sometimes I want to ‘free-write’ so this will be my place to do so.

This plan may change. Any plans I make have a tendency to do this.

Back in 2006 when we first moved overseas from the UK to Japan our plans looked like this:

Spend the obligatory four years of our posting in Tokyo, and then look for another overseas posting. Stay overseas for as long as possible; at least until our daughter had finished primary school and then settle back in the UK.

There were business considerations though: back-to-back postings are rare and there is usually a need to spend time in the UK before returning overseas. This must play havoc with schooling, but we figured we’d deal with that if and when it arose. Husband is also not permitted to apply for jobs before a certain time scale.

Therefore, a year before our stay in Tokyo ended, husband started to look for another job, but they were scarce. It seemed like we’d be returning to the UK after all, so I applied to schools there for our daughter. Thankfully he was fortunate to secure our posting to Berlin at almost the last moment.

End and start dates didn’t match up, so then I had to plan for temporary schooling for the intervening months we’d have to spend in the UK. Depending on the length of time we’d have to spend in the UK, daughter would either attend a school for a few months or I would attempt to home school her. Plans even included living with my Mother for a while.

Plans were changing every week by this point as the behind-the-scenes machinations clunked away. Frankly, it was an utter nightmare!

But of course it didn’t work out like that.

Our stay in Japan was extended. Hurrah! And we moved directly from Tokyo to Berlin with no complicated short stay in the UK.

So, now we’re nearly halfway through our four year posting in Berlin with new plans.

The timing is fine: our daughter would finish her primary and middle schooling and be ready to join a good senior school in the UK. There was no way the employers would let us do another back-to-back posting, so this plan was pretty concrete, and absolutely fine.

Unfortunately the schools here have not been at all good for our daughter. She’s attended two already and it’s just not working. There is no way that she would be able to get into a school in the UK without a lot of extra tuition to get her up to speed with the British curriculum. And it’s not just the educational side of things that haven’t worked out: she’s been subjected to bullying, confidence-destroying teaching and more. The stress has been almost unbearable for all of us.

The worldwide economic climate has far-reaching tentacles and husband’s job was in the balance for a while. The latter months of last year were very worrying and we felt we had to make a decision to secure our daughter’s healthy future.

Last autumn we enrolled daughter in a fantastic boarding prep school in the UK. She is starting there in a few weeks. She is absolutely thrilled and excitedly looking forward to it: she’s always wanted to go to boarding school and it will be so good for her.

I’ll let you know how I cope with it… For now I’m planning fun trips to the UK to visit her during her exeats and half terms. In between planning I admit to sobbing my eyes out. I never wanted to be the parent of a child at boarding school, but it’s for her that we are doing this.

Amidst all the preparation for this dramatic change of family circumstances, in February 2013, a very unusual and unexpected job opportunity came up for my husband . It was unusual because you don’t leave a posting early except under exceptional circumstances.

It was ‘suggested’ that he apply. He had nothing to lose by going for it and everything to gain: a promotion and a chance to escape from Berlin. It’s no secret that we don’t like it here.

But it was a very long shot. And as the weeks passed after the interviews, hope slowly disappeared.

We are on the move again! We are moving to Pretoria, South Africa! And very soon too, although no dates have been confirmed yet.

It’s hard to make plans when life can turn on its head in a few moments. But I am tremendously pleased that we managed to get our daughter’s schooling sorted out before this happened.

*I have two other unfinished blogs at the moment: Japanory and Berlinfusion. I had planned to go back and finish Japanory as I do have diary entries for the missing months but it feels wrong to do that after the Japanese Tohoku earthquake of March 11th 2011. Berlinfusion came to an end because I couldn’t think of anything interesting to write about this place. Apologies to any Berlin fans – I’m just not one of them.

Besides, I don’t think I could top those blog names again!