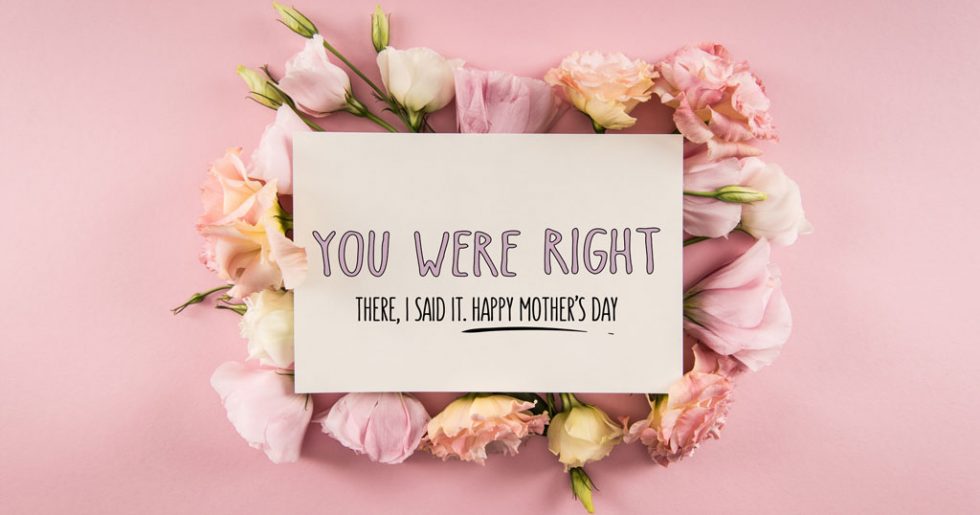 In the UK, the correct name for Mother’s Day is Mothering Sunday and it always falls on the fourth Sunday of Lent; three weeks before Easter. Because the dates of Easter and Lent vary from year to year, the date of Mothering Sunday also varies.

Although mothers have, quite correctly, been revered since Prehistoric times, this particular tribute day has been formally recognised in the UK since the 17th century.

In those days, it was common for children to move away from home at an early age to work in service or on apprenticeships from as young as ten years old. They lived in their employers’ houses and rarely had time off to see their families.

They would worship regularly in their nearest church, known as their ‘Daughter’ church. However, it was considered extremely important for everyone to return at least once a year to worship at their ‘Mother’ church, the one in which they were baptised.

Servants were given the day off to return home and spend some time with their family and to worship at their Mother church. This day became known as Mothering Sunday.

As this would probably be their only holiday of the year they would take gifts for their family. There might have been a Simnel cake from a generous employer to save until the end of Lent and posies of wild flowers gathered from the hedgerows. The luxurious fruit-filled Simnel cake signified an end to the austerity of Lent.

During the 19th century, Mothering Sunday celebrations started to wane, but after World War II the tradition was picked up again, with influence from America, and has continued to be recognised in the fairly original way ever since.

Customary Mother’s Day gifts include chocolates, flowers and pampering days, but if you ask any mum, she will probably say that the only present she wants on Mother’s Day is the presence of her offspring. This isn’t so easy if you’re an expat living far away from your own mother, but online shopping makes sending her a present so much easier. You may still have just enough time to sort something out if you celebrate British Mother’s Day.

Do you celebrate more than one Mother’s Day? I keep trying to suggest this but it hasn’t worked yet!

All that Mothers really want is acknowledgement. If you can be there with them for their special day, then that’s perfect. If not, don’t forget to do something special, whatever that may be, because we are worth it!