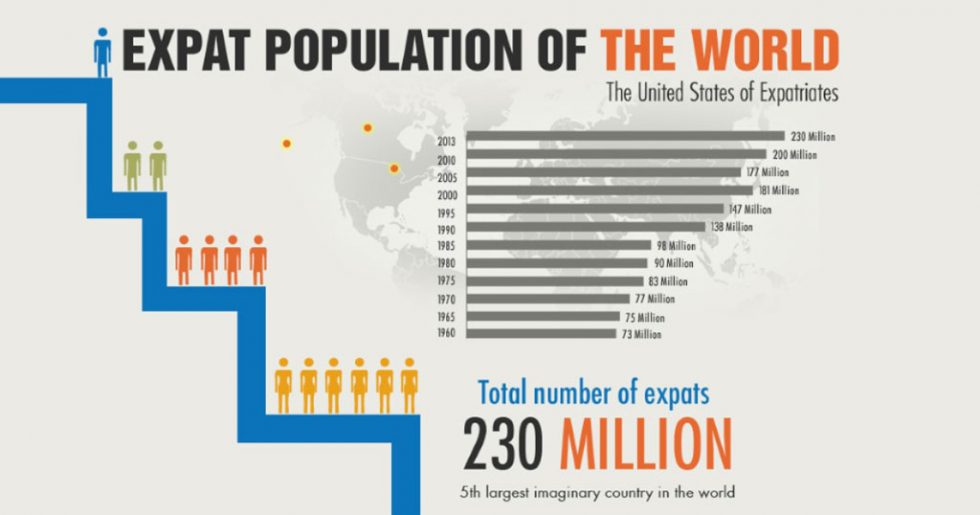 Expats around the world: the numbers

This infographic looks at the total expat population around the world. Imagine if all the expats were put together, they would form the 5th most populous country in the world. Lets call it the United States of Expatriates!