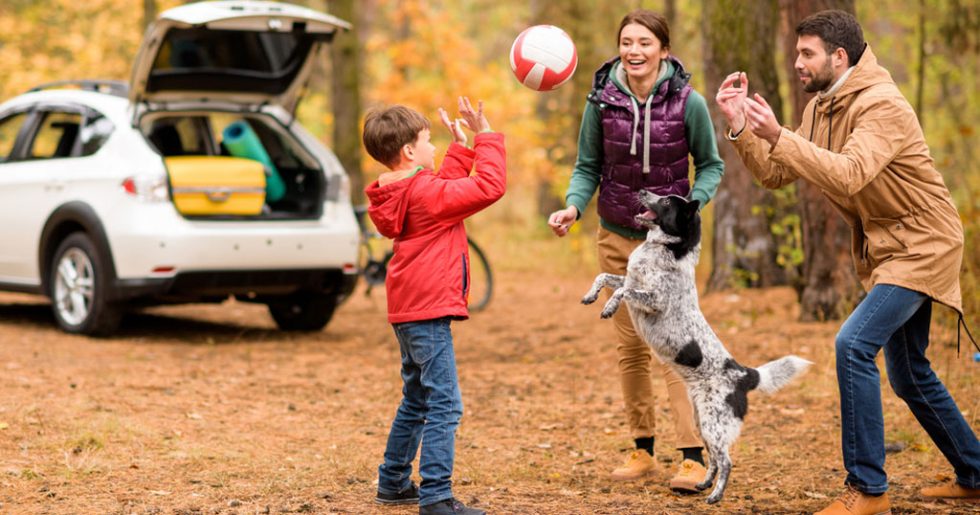 Moving back home as an expat family – and dog

Sara continues her repatriation journey. Sara, her husband and their three children – Janie aged 14, Felix aged 10 and Noah who is 8 – are moving back home to the UK from Canada and shares the trials and tribulations of their preparations. Read the first part of her story here.

Nothing quite goes as planned

You wouldn’t believe how busy we’ve all been with preparations for the move – and even though we thought we had everything in hand we still won’t be back in the UK until after Christmas! I’d envisaged a lovely warm, welcoming family Christmas with my parents, which would help the children to settle in. Instead, we’ll arrive back in the UK on January 3rd and the children will start at their new schools on January 9th, three days after the official start of the term. It’s not ideal and it’s certainly not what we originally planned but we’re trying to make the best of it.

What went wrong? Everything and nothing really, I suppose. Our house sold easily enough but finding somewhere to live close enough to Leeds to make the move worthwhile was a massive headache. There was nothing in our price range anywhere that we wanted to relocate. So instead of purchasing our new family home we’ve had to settle for renting. We found a 3-bedroom semi in Guiseley; a town on the north-west edge of Leeds with a population of about 24,000. I’m not convinced it’s a long-term solution. I’d like something a bit more rural, but it’ll do for now and it’s only 20 minutes from Leeds so we’ll be close to family and friends. Don’t get me started on how Felix and Noah feel about sharing a bedroom – there have been tears, scraps and tantrums already!

Then there’s Corky. When we moved to Canada all those years ago, with just one child and a naive dream, we didn’t have any pets. Since then, three children have nagged and cajoled until we gave in and acquired a dog. Corky is a… cross breed of indeterminate parentage and he’s about five years old. He almost made all the criteria to move with us – he’s microchipped, he has a pet passport and he has regular prevention treatment against tapeworm, all of which I can prove… but he hadn’t had a rabies vaccination.

The husband’s solution was to rehome Corky here in Canada and get a new dog in the UK. Can you imagine?! So of course, he was vaccinated – thankfully with more than 21 days to go or that would have been another hold up! Shipping has been booked now and he’ll arrive in the UK just 2 days after us (so we’ll have to travel back to Gatwick to get him; husband thrilled! Oops).

The schools in the UK have been brilliant. Felix and Noah will be going together for the first year and we contacted the new Head teacher direct to see if there was anything he could suggest to ease their transition. They have received a great welcome pack; cards from their soon to be class mates and a booklet with photos of the school layout, the dining hall, the sports facilities etc. Noah is excited; there’s a large computer suite and the classrooms are equipped with interactive whiteboards – lots of things that appeal to a tech fanatic. Felix is apprehensive and has been very quiet lately. I think moving in Year 6 is probably going to be hard on him; we’ll have to keep an extra close eye on that one.

Janie is going to attend a Catholic Academy. There were several schools to choose from and we sat down together and went through each website – but this one had some exciting sport’s opportunities so she feels confident she can join clubs and make new friends easily. Janie makes me chuckle. She keeps telling the boys that it’ll be easy for her to move because she lived in England before – she was only 3 when we moved, bless her!

Differences between life in Canada and the UK

We’ve all been doing some research about differences between life in Canada and life in the UK. The weather is similar to Vancouver; schools in the UK are a bit more rigid with academic progress than their Canadian equivalent and children in the UK seem obsessed with technology (hooray for Noah!) but not as enthusiastic about sport. Overall, I think we’ve retained enough of our British heritage that the children won’t struggle too much.

One of the hardest things might be finding enough for them to do. We’re moving from a semi-rural area with a low crime rate, where they have tons of outdoor space, to an urban town close to Leeds where antisocial behaviour and violent crime is a consideration. We’ll need to find them organised activities as they won’t be able to spend so much time playing outside. That’s going to have to wait until we get there though, there’s only so much I can do in advance!

Our shipping is booked and most of our non-essentials are packed or ready to be packed. We’re receiving far too many ‘helpful’ calls from my mum talking about which GPs and dentists etc. she would recommend – she’s even told me which supermarkets to avoid! My new employer has agreed I can start on the same day as the children go off to school, for which I will be eternally grateful – and my husband has been assured he’ll be able to get work with one of the joiners firms in Leeds.

He’s making me a bit nervous. I’m very aware that I’m probably the one driving the move but he’s been increasingly withdrawn about it and isn’t really pulling his weight with the organisation. We need to sit down and have a grown-up talk – but with three kids, a dog and an entire life to relocate, chance would be a fine thing!

I know we’re doing this for the right reasons but the closer we get to D-Day the more I realise I’ll miss Canada. I swing wildly between feelings of desolation about our impending loss to feelings of elation about going ‘home’. Will it still be ‘home’? I’ll let you know.

I can help YOU with YOUR move back home

I offer one-to-one support and targeted help and advice to help YOU navigate your own repat journey. I can make sure you are well-prepared for your new life life. Hop on a FREE CALL with me to find out more