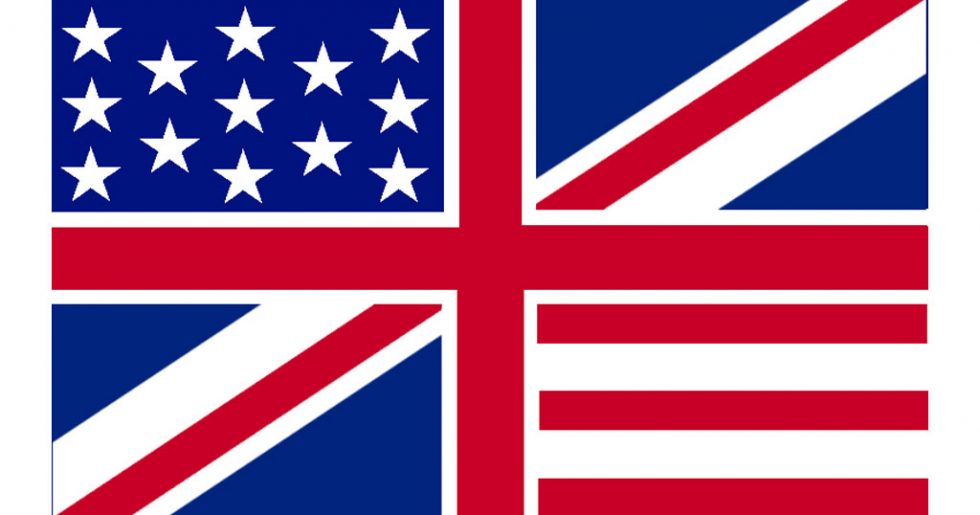 I was panting away on an exercise bike the other day reading an article in Glamour with Victoria Beckham . No, I don’t mean Vicky was pedaling away beside me, she was actually in Glamour talking about her kids.

She was like “Me and Becks are so proud of being British but the kids are American. They’re always telling us ‘oh you’re so British.'”

And my jaw literally hit the floor!

I mean God, yes, of course this resonated with me. Vicky and I are both global nomads, raising our children in foreign lands and doing our best not to culturally confuse them. But the difference is I don’t think my kids feel American, so that’s where me and Vicks differ.

Not a lot of people know this and I don’t like to brag, but Vicky and I go waaay back and even went to tap dancing classes together* before she became famous, moved to LA and basically wouldn’t return my calls.

It’s a shame that we lost touch as the parallels in our lives are simply staggering:

Vicky creates clothes for her fashion line, while I create crocheted rabbits

Vicky has a blog and I have a blog

Vicky is married to a man with a high pitched Minnie Mouse voice, and ….my husband once sucked on helium and did a funny voice.

Sorry. Where was I?

I was going to talk about whether I think my kids (born in USA) are hopelessly confused about their cultural identity or not. Well unlike Vicky I actually have relatives – or rather my husband does – in the USA so we celebrate all the holidays just like Americans. So that’s that cultural box ticked off. Vicky probably has to have her Thanksgiving catered and that’s just not the same.

The other thing to note is – and here’s a tip for Vicky – maybe you need to employ a cultural translator for the family as I had problems initially in getting my kids to understand what I was on about.

For example when I first told my daughter to ‘put a sock in it’ she got a sock and said, ‘okay mum where do I put it?’

It was hard for the kids to understand that when I said, ‘stop farting around’ or ‘stop pricking about’ I wasn’t really talking about farting or pricking.

But as I explained the intricacies of English slang to my progeny I found they ultimately embraced many of my phrases while acknowledging that stuff like ‘now you’re as clean as a whistle’ didn’t make any logical sense.

So, there you have it. I feel that Vicky and I have now branched off into difference directions: her kids are American while mine are hybrids, but I still respect her and would gladly model something off her clothing line on this blog as long as it had an elasticated waist.

But enough about Posh. What about you? If you are bringing up kids abroad do you think they are culturally confused or do you think it is broadening their horizons?

*This is a bald faced lie

Republished with kind permission of Emma via Mommy Has A Headache: Raising Global Nomads.

Emma is a displaced Londoner now living in the States with her two little girlies and long suffering husband. She is the co-author of a hilarious parenting book, Cocktails at Naptime – www.cocktailsatnaptime.com Her mom’s an Austrian, her dad’s a Brit, which makes her a Britaustrian, or possibly an Austrish! She blogs at http://mommyhasaheadache.blogspot.com