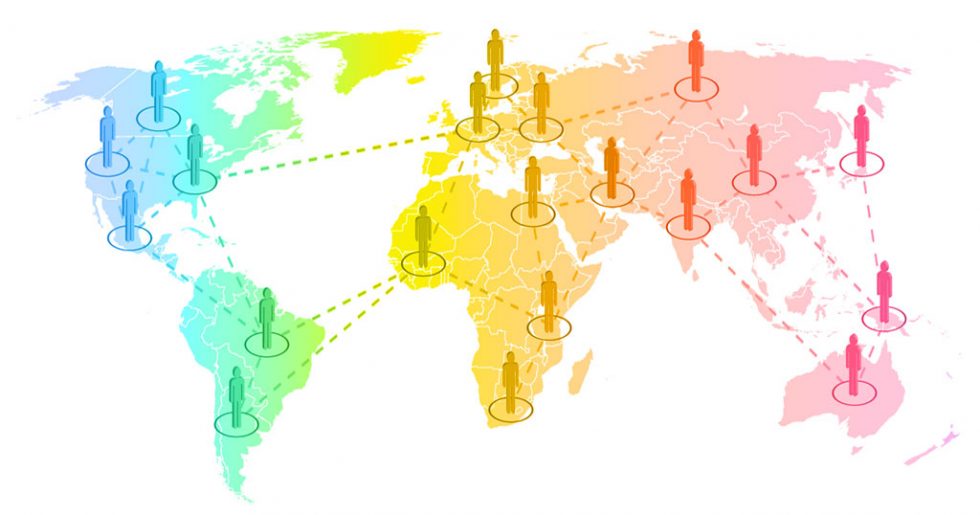 I moved to Denmark not so long ago and was missing one of my best friends from back home. But then a few months later she also moved here and is going to live just a few km away from me. Can you believe it? Life indeed can be surprising!

Anyway, this Russian friend of mine has a Danish husband and they have a 3-year-old daughter (who by the way can already speak and understand both languages). Looking at the girl and seeing how easy it is for her to live in a new country made me remember some other “expat children” I’ve met. (By “expat children” here I mean those having parents from different countries or/and those who moved to another country).

Which in its turn made me ponder over it and come to a few conclusions, or rather thoughts.

How the parents’ attitude affects children

I got to think about how the parents’ attitude to the new culture and new environment can influence that of the children; and how it can make the children’s new life easier or harder.

Well, we all know that children learn a huge lot by watching our attitudes, our emotions and our actions. We also know that any parent should be aware of it and do their best to give the best example. But do we know that expat parents should give it even more attention?

Why? Because very often it is not easy for the parents themselves. Moving to a new country can be so challenging. Even when we think we’re prepared for anything, it might strike us in an unexpected moment. By “it” I mean all kinds of negative feelings, like negativity to the new culture and/or new system, dissatisfaction with oneself (if one cannot fully fulfil themselves at the new place), etc.

So if the expat parent has negative attitude, reacts with anger or contempt to the new culture, talks badly about the new culture, there is a high chance that the child will go the same way. Which will not only complicate the child’s life, but also that of the parents.

We have to exercise positivity, openness and patience to anything that might come up and teach our children by example. That’s how I see it.

Another observation I have made is that some expats are ashamed of their background and of the country of their origin, or vice versa are too proud of them and feel superior over the new culture. Do you think this contempt or feeling of superiority will help their children? If a person does not respect their own background and culture, who will? On the other hand, who would accept a person who feels like they’re better than the others?

Personally I strongly believe that expat children are supposed, and even more – have the right, to learn about the culture of both countries, to know their roots, and get the information as objectively as possible.

The fact of the matter is that the “real world” is to a large extent unconsciously built upon the language habits of the group. No two languages are ever sufficiently similar to be considered as representing the same social reality. The worlds in which different societies live are distinct worlds, not merely the same world with different labels attached. – Edward Sapir

So won’t you agree that the child should speak the language of their parent’s home country? Not only will they be able to better understand the culture behind it, but also to communicate with the expat parent’s relatives and friends. I’m not even touching upon the advantages of being bilingual or multilingual in our globalized world.

Encourage your child to speak your native language, read literature in your mother tongue together with your child, and maintain your traditions. I know a couple where she is Russian and he’s Danish (yes again). They live in Russia. But they always celebrate the Danish Christmas for example, even though the Russian one is only in January (which they also celebrate). A lot of celebrations, one might say 

Well, what I’m trying to say is that expat children have such a gift and such a privilege to have a wider worldview! Why should they be deprived of it?

If you’re somehow feeling negative towards the new culture or/and dragged down by the new environment, remember that you have kids whose attitude will most likely depend on yours. So, embrace the “new” life, the new chances and opportunities that open up to you, stay open and curious and let your children take example from you!

Be curious not judgmental – Walt Whitman

To answer the question I started with, I don’t think our worldview can be multiple. But I do believe that it consists of thousands “mini -worldviews”, that it is a growing, never stopping process. The more cultures we encounter, the more things we experience and accept, the broader and richer our worldview is.

If you are planning to move to Denmark, are already in Denmark or just interested in the country, my blog is for you. I share my experiences in Demark. I write about Denmark, its traditions, its people, document issues and many other things. Feel free to read my blog, comment there, ask for support or just chat. I love chatting!