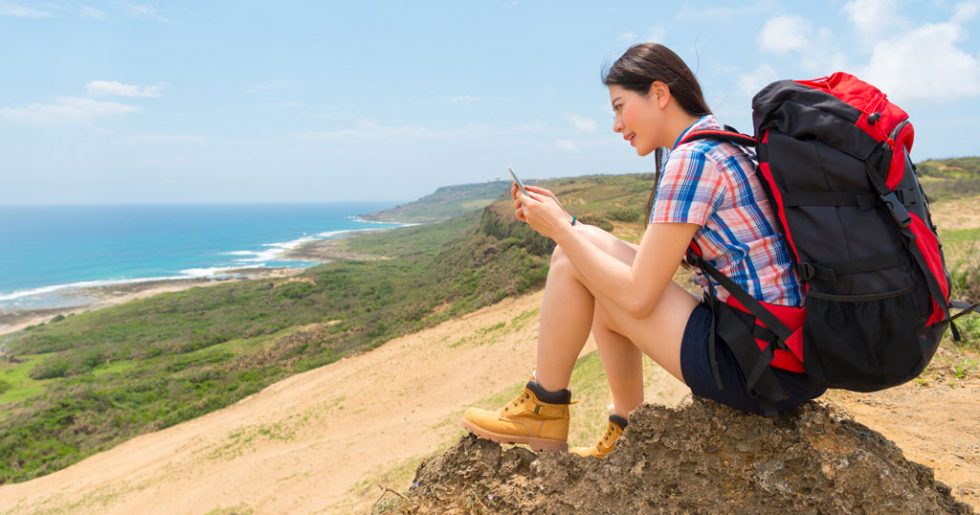 It also explores the differences a couple of decades make in how we keep in touch with each other when overseas. While modern technology helps us keep in touch very easily does it also dampen down independence and a sense of freedom?

It’s never easy letting go of your children, whatever their age and wherever you live. But when they are still teenagers or young adults and you are sending them to live in a different country from you, or they are opting to travel or move overseas independently (and watch out parents of third culture kids, they do often keep a wandering nomad habit), then things can seem very scary. For you, that is. They’re probably having an excellent time without a thought for their worried parent back ‘home’.

These days, of course, it’s easy to keep in touch. Mobile phones, the Internet, Skype – modern technology means you and they can speak as often as you (or they) wish.

But it wasn’t always like that, and when my brothers and I were growing up as the children of diplomatic parents we often went for weeks, if not months, without any contact with them. Communication when we were at boarding school was one letter a week and the very occasional phone call. When we left school and were all living in different countries, it could be months before our paths crossed.

Generally this was all fine, but we did give them a few scares along the way – well, at least, two of my brothers did.

One disappeared off to Canada to follow a girlfriend when he should have been house-sitting in Venezuela while my parents were on UK leave. They only realised he’d gone when he called home in a panic because he’d lost the credit card they had loaned him for ’emergencies’.

Another went off to volunteer in Brazil, and simply disappeared. As my parents were in Cameroon at the time, I was used as the go-between to track him down. I eventually found him back in the UK at a friend’s house, with his tail between his legs. Typical teenager; something had gone wrong and he’d come home without telling anyone.

Off-beat travel is a matter of perspective

You see, when you’re used to flying into an under-developed African country via Moscow on Aeroflot just to go home for the holidays, unexpected travel back from a South American country is just no big deal. It’s all a matter of perspective.

Anyway, the worst I did was to get very ill and end up in intensive care in a hospital in Gibraltar while my parents were a long way away (still in Cameroon) and totally un-contactable.

I had no land-line; mobiles were still a glint in the eye of men in sharp suits and email had not yet been invented. Well, it probably had, but I certainly hadn’t heard of it yet (this was the very early 1990’s). It was only because my mother coincidentally called the office where I was working that she found out anything was wrong.

Not that she could do anything about it anyway, being a few thousand miles away. Still, at least she knew that I was hooked up to a heart monitor in another country on another continent…

A few years later, I travelled around Australia and New Zealand and was astonished at all the youngsters with their mobile phones. Some of them were even using them to call home! On a regular basis! Where was their spirit of adventure? Wasn’t half the fun of travelling being un-contactable, feeling like you could do what you wanted and no-one would ever know? Ok, I had an email address by now – but I didn’t check it very often.

But gradually, like the rest of the world, I too have become more and more connected. Now, if I travel, I take my phone and check my email.

Unfortunately, as the world has become smaller through technology, so it has through the media and now we know almost instantly if there is any kind of large incident or accident anywhere in the world. Because of this, we are bound to worry more about our children when they travel.

When a very large bomb exploded so close to our home in Islamabad that I heard the patio doors being sucked in by the impact, I was able to get on the phone straight away to reassure my parents we were fine. And then I posted a message on Facebook to do the same for other family and friends.

We now keep in contact with my brother-in-law in Florida via Skype. We speak so often I forget it’s sometimes two or three years between actual, physical visits to him.

The world these days is definitely a smaller place.

My children are still too young to travel independently, but when they do I am sure they will be in constant contact with us. I, of course, as their mother, think this is a good thing. But is it so good for them?

In our day, innocence was bliss and my parents were pretty good at just letting us get on with it.

On the other hand, one of the beauties of travel is exactly that letting go, that feeling of being free and away from everyone and everything in your normal life. I would hate to deny my children that.

So let’s just hope that by then, they’ve invented a way I can keep an eye on them without them knowing it!