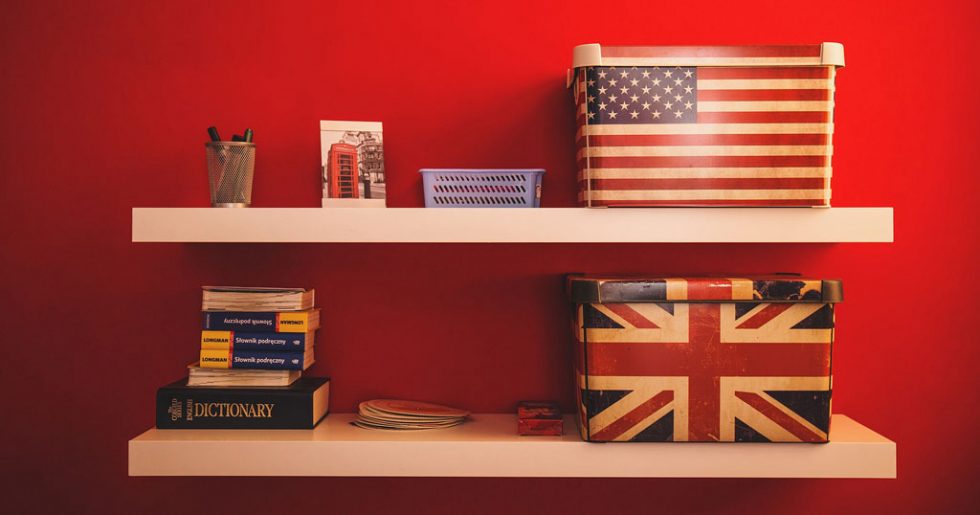 A humorous look at language differences At the weekend, my daughter had her American friend over to stay. While running up the stairs, the friend called out, “My pants are too big!”

I responded that was far too much information. Once they’d finished laughing at my ignorance, the friend and my daughter, (who is bilingual in English and American) reminded me that ‘pants’ are, of course, trousers, not underwear!

Suitably chastised, I began pondering and started a discussion on the Expat Child Facebook page which ended up being fascinating, educational, funny and surprising. And sometimes shocking!

Separated by a common language

The United States and Great Britain are two countries separated by a common language.

This famous quote commonly attributed to George Bernard Shaw highlights the problems you can face when you relocate to a country where the language is the same (or similar!) to your language.

It doesn’t just apply to the US and UK though. People relocating Canada, Australia and other English speaking countries often run into misunderstandings with the ‘same but different’ language.

Vocabulary is the main stumbling block and most variances are well known as shown in the picture above.

On American English and British English

Carol: My mum went into a pharmacist in the US to buy a plaster for her cut finger. She was redirected to a hardware store, and it turned out she needed a “Band Aid”.

Heather: My mum and I spent ages in a hardware store in the US, asking for drawing pins. After being given the umpteenth pen, I drew a picture and was told I wanted Thumb Tacks. Actually, that one seems more sensible to me.
Also, when my ex-husband and I first took a drive on a motorway in England, with him driving, I told him to take the next exit. He promptly sailed past it and couldn’t understand why I hadn’t said “this exit”!

Whitney: One of my all-time favourites when I first met my English husband and offered him some old suspenders that I didn’t wear anymore. When he looked at me with disdain, I said ‘but they are really funky, you’ll love them. They are rainbow striped!’ UK suspenders is US garter belt and UK braces are US suspenders, but then US braces go on your teeth and then…..It’s been 30 years of fun!
Now my kids (who have always lived on the UK side of the pond) are starting to complain because I’ve taught them the “wrong words” growing up.

Sarah: Rubber! In British English this is something to rub out mistakes on paper. It is not a form of contraception as in American English!

This list is endless and you can even buy a dictionary on the subject! It’s called ‘Bum Bags and Fanny Packs’… need I say more?

On Canadian English and British English

Anya: When you are from Canada, under the influence by the vocabulary of both British and American contact (books, movies, tv, etc.) sometimes you do not know which one you are using until you get a blank stare from someone that tell you it was the wrong choice.

Claire: We’ve just had some electrical work done in the house, arranged by hubby’s office. The office told me ‘all the work will be on the 2nd floor’ (in British English).
The electricians arrived and started work on the 1st floor. I said I thought you were meant to be on the 2nd floor, and they said yes, that’s right, we are.
In Canada, first floor = UK ground floor, 2nd floor is what we call 1st floor. Eventually convinced them to go up to the 3rd floor, which is the 2nd floor… aaagh!!

Sarah: Why do Canadians think Australians end up on the ground in fits of laughter every time they attempt to walk past a Roots store?!

On Australian English and British English

Tina: In the Australian Open Final – “she’s bashed, she’s bruised, she’s quite possibly buggered”… Means something quite different here in the UK!

It does indeed! And I think we’ll leave it there. To discover what I’ve left off this article, please visit the Facebook conversation…