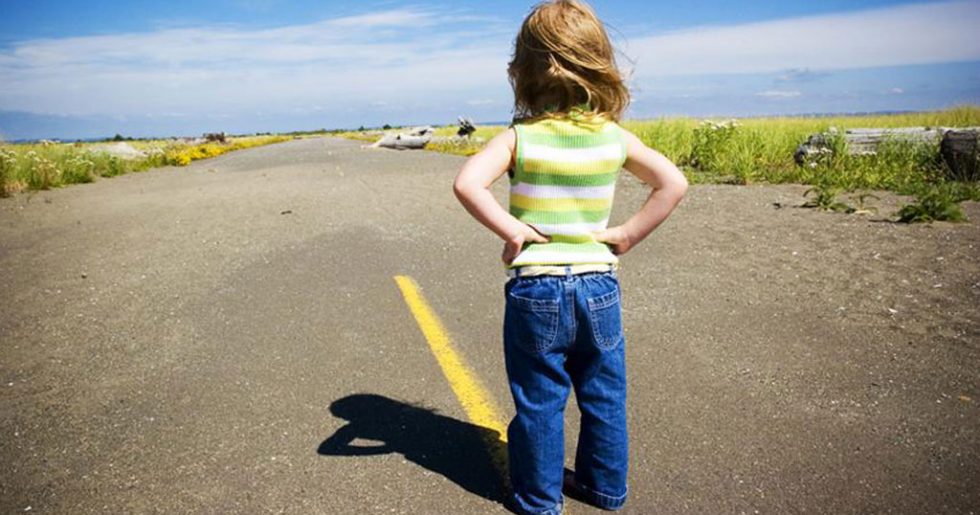 In December 2012 Laura explained how her little girl taught her how to cope with her new expat life. Here, I’ve merged the two articles into this one, for ease of reading.

To say my two-and-a-half year old daughter’s transition from Los Angeles to Belgrade was difficult would be an understatement.

I have to give the gal some credit; she turned two, and life got busy

I started life as an expat fully expecting I would duplicate my busy stay-at-home mommy lifestyle. I envisioned mommy-and-me classes and play-dates with other wine-loving mommies. Ha.

This was not meant to be…

Most women return to full-time work after a year of state-supported maternity leave, so there were few moms around with whom to socialize. It was hard to find people with matching schedules who spoke English (bedtimes for children are often around 10 o’clock). Worse, smoking (even by moms around their children) is common.

I would come to learn that such extracurriculars are considered “too much” for small children. The cultural imperative is to let kids play. Fun extras are cost-prohibitive in a developing country with high unemployment, where the average monthly salary is about $500. Parents here will “make it stretch” so their kids can learn English, but mommy-and-me finger-painting for 18-month olds is laughable.

Starting kindergarten in a foreign language

Since there were no “art appreciation” classes for toddlers, or bi-weekly “musical playtime” sessions, I quickly realized I would need to find Danica a preschool to pass the time – to maintain the sanity of both her and me.

The first few weeks, Danica had a temper tantrum every single morning before school. I didn’t fully understand why it was so difficult for her. After all, she was only two, right? How hard could it be? But Danica was an active, chatty toddler. Back in California, people used to comment that she had “a lot to say.” (Hello, understatement.)

Did I mention she knew less than ten words in Serbian, most of them cognates?

What I failed to realize was this garrulous little girl was used to being able to explain her every thought and desire in animated detail. Here in this cute little Serbian preschool, the teachers were great, but they spoke no English.

It was total immersion. Trial by fire. Sink or swim.

After a short time, Danica learned some coping mechanisms. We expat adults could take a few pointers.

Be content to be a patient and active listener.

We don’t have to talk all the time to make friends. In fact, by just sitting quietly among the group, others will eventually include us by nature of our mere presence.

Danica could not care less about cars and trains, but if she only has boys to play with, she takes a sudden interest in so-called boys’ toys. Plus, boys are generally less chatty than girls, so it can be a little easier to fit in if you don’t speak the language.

Find your own way to be unique and outstanding

For her first two winters here in Serbia, Danica insisted upon wearing a long-sleeve leotard and tights to school every day. (Yes, yes, don’t worry; she wore a hat, coat, gloves and leg warmers outside.)

Soon enough, everyone knew her as “the ballerina.” Whenever someone commented on her get-up, Danica would perform her latest choreography.

I think this unique style allowed my daughter to get much-needed attention, without her having to create drama to receive it.

I learned later that her “dancer style” caused some chagrin for the other mothers who insisted on corduroys or jeans over tights, and three+ layers on top. Apparently the mothers could no longer say “No one else is allowed to wear dresses to school in the winter!”

Seek out English speakers when you feel the need to vent

Danica found a creative solution to her need to chit-chat.

Even though her teachers and classmates didn’t speak English, a few of the parents did. Various moms and dads would stop me on the sidewalk to tell me about the long conversations they have with Danica each day when dropping off or picking up their own child.

Most important: learn the language as quickly as possible

This is a no-brainer. During Danica’s first year in Serbia, I heard her speak about twenty words in Serbian. But after that first year, she was suddenly mistaken for a native speaker.

Now, before school on Monday morning, she likes to think of topics of conversation for the day ahead. Once she arrives, she inevitably doesn’t even have time to say good-bye to me, she’s too busy sitting in a circle with her girlfriends having what I can only describe as “coffee talk,” without the coffee.

We’ve been here for two years, and now she translates when I’m trying to communicate. We meet grandmas with their grandchildren at the park, and it’s Danica who introduces her brother and me. She always takes the time to explain in proper Serbian, using the “respectful” form when speaking to elders, “My mama doesn’t understand a lot of Serbian. You will need to speak s-l-o-w-l-y to her.”

We’ll be in Belgrade for several more months. Then it’s back to “real life” in Los Angeles.

My husband and I are wary to leave, if only because Danica and Maksim feel so at home, happy and engaged in their little lives here.

East Coast US native, Laura Dennis (@LauraDennisCA) lives with her husband and two little kids in Belgrade, Serbia, where she blogs about anxious (adopted) expat mommy life. Her 9/11 memoir, Adopted Reality, about her adoption reunion and more, is available on Amazon in paperback and ebook.