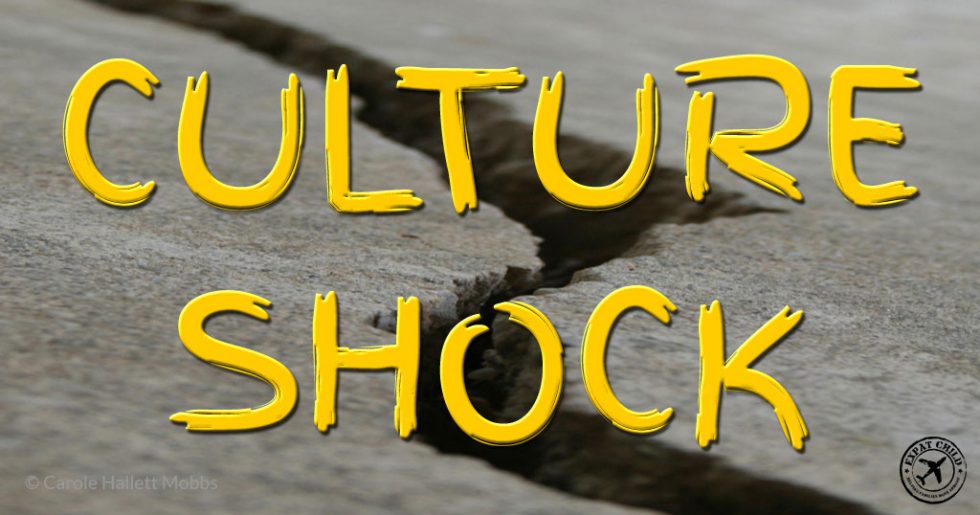 What is the definition of culture shock?

According to the Oxford Dictionary, culture shock is defined as:

Noun: the feeling of disorientation experienced by someone when they are suddenly subjected to an unfamiliar culture, way of life, or set of attitudes.

In reality, it’s hard to define as the symptoms present differently for everyone and for every move. Typically, culture shock peaks at around six months after your arrival in a new country. After the initial rush of excitement and change has worn off you may be left with a sort of “is that it?” feeling. The ‘culture shock graph‘ indicates the generalised process of acclimatisation, and where I have charted my own culture shock journey.

Depending on too many factors to list in this post, you may pull out of this very quickly or it may take a few more months. Alternatively you may not experience culture shock at all, or it may not ever leave you while you remain in that country.

And then to top it all, you can experience ‘reverse culture shock’ when your return to your home country!

Here is a rather long list of psychological and emotional symptoms you may experience while in the depths of culture shock.

Not all these many symptoms will apply to you and not all these necessarily indicate you have culture shock. You need to take into account your own personality too. For example, if you are generally a ‘homebody’ without much of a social life regardless of where you live, not being sociable now may not bother you. However, if you had a good social life in your previous home, it will be much harder for you to cope in your new life.

As if the long list above wasn’t enough to cope with, there are certain physical symptoms that can be attributed to culture shock too. Generally, these can be related to the physical exhaustion of trying to get used to your new life and disruption to your circadian rhythms (jet lag). Others may be connected to getting used to the food and water in your new area; waiting for your internal flora to adapt to the different ingredients (including chemical levels and bacteria) in food and water.

Some symptoms can include:

Not every physical problem can be attributed to culture shock, of course, so seek help where necessary.

Culture shock and the trailing spouse

Culture shock seems to affect the non-working partner in the move much more than it affects the rest of the family.

Those that work have a distraction and sense of community in the workplace; they meet new people, some become friends and life continues almost as normal. Children go to school or kindergarten. Again, this provides excitement, interest and lots of distraction. For the person left behind, it is a sometimes a struggle to just get out of the house, let alone make a new life for themselves.

We’ll look further into how to cope with culture shock in later articles.