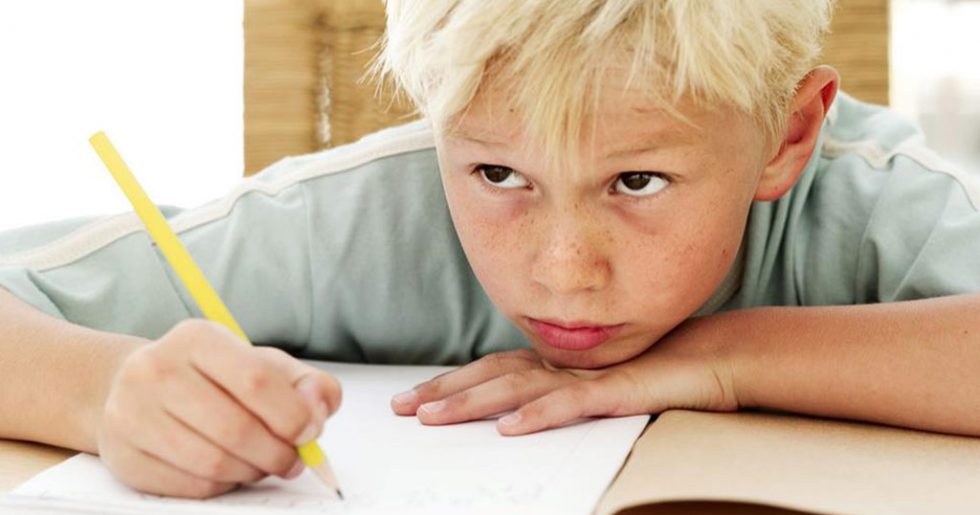 When to teach written English?

One big challenge when bringing up English speaking children in a foreign speaking country, is when and how to introduce written English. It’s one thing to expect a child to learn to speak two languages at the same time, but is it an unnecessary pressure to expect them to cope with learning the different written spellings and pronunciations of two languages at the same time?

My biggest concern was that my children would not be able to read and write in English. I’ve heard of cases of English speaking teenagers with very poor written skills. What a wasted opportunity to be orally bilingual, but not able to read and write in both languages too. It obviously won’t just happen automatically without at least a little gentle encouragement, but when is the right time to start introducing it?

Our second eldest was ten when we moved to France, so he was already competent in reading and writing in English. We never had to do anything special with him to keep up his English, other than encourage him to read and keep in touch with English friends and family (mainly through Facebook and MSN). He’s eighteen now and studying at University in Montpellier. He is fully fluent in French, but he prefers talking, reading and writing in English.

Our three youngest children are different. They have only attended French schools and are learning to read and write in French first. French is very different to English and I think it’s a lot to ask a 5 or 6 year old (or younger) to try and learn both methods of reading and writing at the same time. I didn’t want to make the learning process more difficult for them at school. We had no intention of returning to the UK, so didn’t feel there was any rush with their English.

James was about seven nearly eight when he started showing an interest in learning to read English. I let him take the lead, as if I had tried to force him, he would only have resented it. He was playing games on the computer which often have instructions in English. He was tired of having to ask me what they said – he wanted to be able to read himself and he asked if we could teach him.

I bought him some English early readers, not complete beginners, but books appropriate for his age or maybe slightly younger to start with. I sat with him for a short time most evenings while he attempted to read them. At first he would naturally read them as he would French, processing the letters on the page to form words from his knowledge of French sounds. I would gently correct him and within a few weeks he was correcting himself. He could already speak English fluently, so he knew when the words he was producing sounded incorrect.

James is now ten and reads English as well as he can read French, however his written English isn’t so good. He’s recently started messaging friends in England and his older brothers and was making lots of errors. He really wants to be able to write in English now and can see the benefit. Reading in English helps, but he now needs some instruction on some grammar rules and spellings to help him develop his writing skills. We’ve started spending just 10 minutes a day on spellings and grammar and after two weeks he’s already made big improvements. By typing messages in English he’s getting the opportunity to see written English, write English, keep in touch with family and friends and improve his keyboard skills at the same time.

It really helps if the child is exposed to things that will motivate them to learn. No one enjoys learning if they can’t see an advantage to it. Make sure that the benefits of reading and writing are clear and ‘because it will be useful to you in later life’ is not an incentive for a child of any age.

I contacted Sue Aitken from Blackhen Education to ask her opinion on the best age to start introducing reading and writing. Blackhen Education offers an excellent range of on-line courses designed to help English speaking children/students who are schooled in a second language, to maintain and develop their English skills. Sue says:

Having now taught children here in France for 2 years, I would say that it is important that they can already read & write in their adopted language, otherwise it will confuse them. I think a lot of parents are too keen to start them at an early age & worry that they will not be able to read & write in English.

However she went on to say:

I still believe that even if a child/student is going to live in France on a permanent basis, they should be able to have choices. I feel quite strongly about giving children the option to learn/maintain their English & also their cultural identity.

I’d say from my experience, don’t push English too soon, but don’t leave it too late either. Let your child take the lead where possible. Wait until they’ve mastered the basics of their adopted language. When they begin taking an interest in learning to read English, start to gently introduce English books first, then gradually encourage them to start writing. Write to their friends and family, birthday and Christmas cards, letters to Santa, thank you notes, postcards etc. Then once they’re starting to get more confident, you can encourage them to use their English in a more creative way – write a story or a poem etc. If you prefer you can see if there are some local classes for English children in your area or opt for an on-line course like those offered by Blackhen Education

Jack in the Box in Toulouse, offers English speaking children UK primary school classes on Wednesday afternoon and secondary level on Saturday mornings. The children learn to read and write in English alongside other English speaking children, with the focus very much on drama and ‘active learning’. I asked Emma Nelson from Jack in Box what her views were on the best time to introduce written English:

From Emma’s experience it would seem that it’s not so much a question of whether it’s better to wait to introduce written English as when is the best time to introduce it for the individual child.

Whether you choose to introduce it simultaneously with learning French or wait till later, the most important thing is that you help to create an atmosphere where they can enjoy developing a language that comes easily to them. If they are motivated to learn, then you won’t have to force them to do it. Keep it light and fun and if they’re resisting, don’t push it, wait a few months before you try again. Avoid transferring your concerns and anxieties onto them or you’ll be making it more difficult in the long run.

Trust that given the right encouragement, your child will learn in their own time. Children have an inbuilt curiosity and capacity to learn and they’ll tell you when they’re ready, you just have to be receptive to the signs.