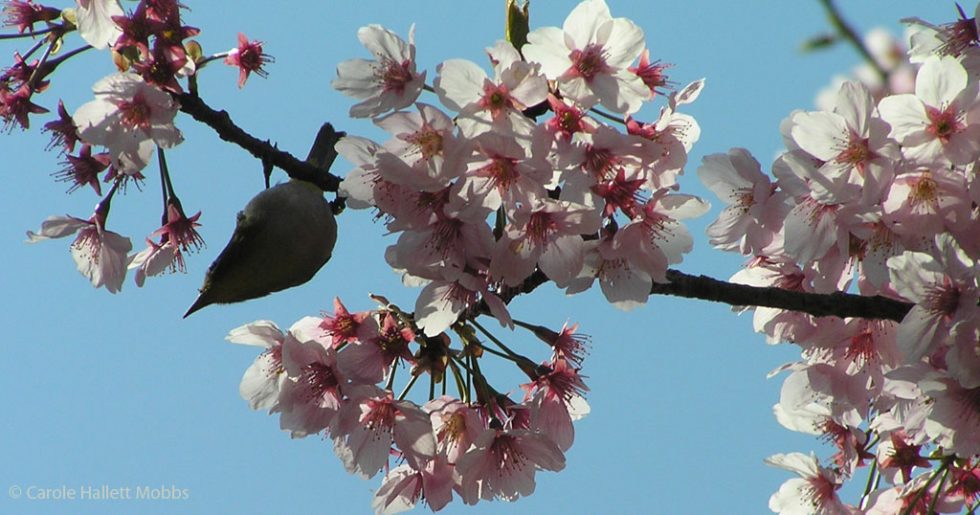 The months of June and July are generally ‘moving on’ months for expats. This is usually because it’s the end of the school year in the international school system, and particularly in the Northern Hemisphere. Of course, these dates are not set in stone, and people relocate at all times of the year. However, having this whole ‘end of term’ vibe going on makes it easier to plan and say your goodbyes, whether you’re moving to a new country, repatriating home, or your kids moving from primary to secondary school.

Saying a proper goodbye when you relocate is important for closure. Psychologically, it helps you move on.

I’m normally pretty stoic about goodbyes. Leaving jobs and companies I’d worked for in the past was a breeze, and I didn’t even get upset when we left the UK in 2006; in fact I was thrilled to be leaving.

But when it came to leaving Japan it was a different matter altogether.

Apart from not wanting to leave that beautiful, charming and incredible country, I didn’t get to say a proper goodbye to anyone or anything. As a general rule, our overseas postings last for around 3 to 4 years so we always knew there was an end date for our stay, regardless of where we were. In Tokyo, we’d managed to extend our posting for operational reasons and therefore, our departure had been planned for well over a year. I’d planned a lot of trips and events for the final few weeks; shopping trips to favourite places, a leaving party for my daughter and a combined April birthday and sayonara party for myself.

But a month before our leaving date the Tohoku 9.0 magnitude earthquake struck Japan putting all life into turmoil.

The school closed and most other expats left the country immediately after the disaster. For the rest of us normal life was put on hold while we all desperately tried to do what we could to help those further north of Japan. For various reasons, we couldn’t leave Tokyo until our pre-planned leaving date – even if we had wanted to; something that certain members of my family found ‘confusing’, but it was what it was.

During those traumatic few weeks I kept my personal blog, Japanory, very updated. (Japanory is inactive now, but still remains online as it was used by many news organisations and was also officially archived somewhere very important that I can’t recall right now! I also documented our expat life in Tokyo, Japan with my child, so as a diary, it’s a massive part of my life.)

The live accounts of the earthquake are still traumatising for me to look back on, even now at this update 8 years down the line.

From Japanory I take the following words about saying goodbye:

Today it finally hit me that we are leaving Japan for good on Monday morning.

Why the realisation should poleaxe me today, I don’t know.

Well, actually I do know – today the pets – Kita, the Shiba-inu and Raymi, my tabby cat – went to a boarding hotel before their early flight on Monday. While walking the dog this morning it suddenly occurred to me that this would be the last ever walk I would take with her along the beautiful sakura-lined walk next to Shinjuku-gyoen. My eyes started leaking and I couldn’t blame the blustery wind.

Everything in our house was packed up and at port before the earthquake hit. So it is already on the boat en-route to Germany and the house seems so empty without the furry whirlwinds. All the adrenaline from the previous 4 weeks seems to drop out of me.

Last night was my husband’s sayonara ‘do’ where we had a nice time with his work colleagues.

But it left me without a sense of closure. My planned parties had to be cancelled. Life in Japan changed in a few, very long minutes on 11th March 2011 and all my friends had departed the country shortly after. A missed party seems insignificant, yet somehow important.

[In retrospect, this had a massive bearing on how my daughter and I have found it difficult to settle here in Berlin: we keep looking back, unable to properly move on as we couldn’t say our goodbyes. But there was no other option. It seems so churlish to even mention this, but I’m trying to emphasise the importance of goodbyes in a ‘normal’ relocation.]

While I’m looking forward to our new adventure, I feel like a huge part of my heart will be left behind in Japan. And with the earthquake and everything else that’s happened, and is still happening, I would rather be here to help out.

I thought leaving Japan would be hard and I was right.

However, the experience of being in the Tohoku 9.0 magnitude earthquake  with all its subsequent upheaval – geological as well as psychological – made it a little easier. Perhaps at the back of my mind was the thought that the Fukushima nuclear situation was more serious than we were told. But, on the other hand, Tokyo is very far from the crisis zone and I trusted the independent information we were given. Further forward in my brain was the real worry that Tokyo would have The Big One  (earthquake) with all the tectonic movement and pressure building elsewhere.

Moving home is a harrowing experience in any case. But add to that the fact we were moving to almost the other side of the world (again) into a house we haven’t chosen or even seen (again) and to a country I haven’t been to before (again) and you may understand a little of the anxiety I was suffering.

I worried about how my daughter would cope with the move; she’s spent half her life in Japan. Luckily, her reluctance and anxiety about moving was alleviated a little by the fact that her friends had left Japan after the quake. However, she was very upset at not being able to say a proper goodbye to those friends.

We went out for our last meal in Japan on Sunday and left home at 7.30am on Monday 11th April for the first leg of our trip with 8 suitcases.

On the drive to Narita airport I drank in my last views of sunny Tokyo.

The sakura (cherry blossoms) were in full, glorious bloom and looked stunning against the bright blue sky. Souped-up scooters whizzed along ridden in style by people with little regard to safe helmets; the billboards, the noodle-like road scheme with tunnels and flyovers competing with the standard roads on the sat-nav. We drove over Rainbow Bridge for the last time and then sped along the highway to the easy and calm Narita airport.

As we piled our cases onto the check in machine and the girl at the counter quipped, “Is that all?”

That’s everything we have left to take out of Japan forever. But I feel we’ve all left something behind.

With a lump in my throat the plane took off. I didn’t have a window seat so couldn’t see Fuji-san for the last time. Perhaps that was for the best.

I fought back tears and ordered some therapeutic champagne.

Here’s to the next adventure.

I kept repeating that to myself, but with a heavy heart.

Where we love is home,
Home that our feet may leave, but not our hearts.
~Oliver Wendell Holmes, Sr.

Not being able to say a proper goodbye to our life in Japan definitely made it more difficult for me to move forward.

Personally, I never particularly liked living in Berlin and it wasn’t until we moved on again, to South Africa, after a couple of years in Germany, that I started enjoying expat life again. It took a while to recover from the trauma of our last few weeks in Japan. PTSD was diagnosed and worked through. Of course, a whole heap of other adventures and misadventures have been experienced over the intervening years, and I am now back living in the UK again. But I still feel I have unfinished business in Japan and sincerely hope I will be able to return for a visit at some point in my life.

Simply reading this article back brings my ‘non-closure’ feelings to the fore, which I think demonstrates just how important it is to plan for the goodbyes and make proper preparations to close the door on one life before moving on to the next.