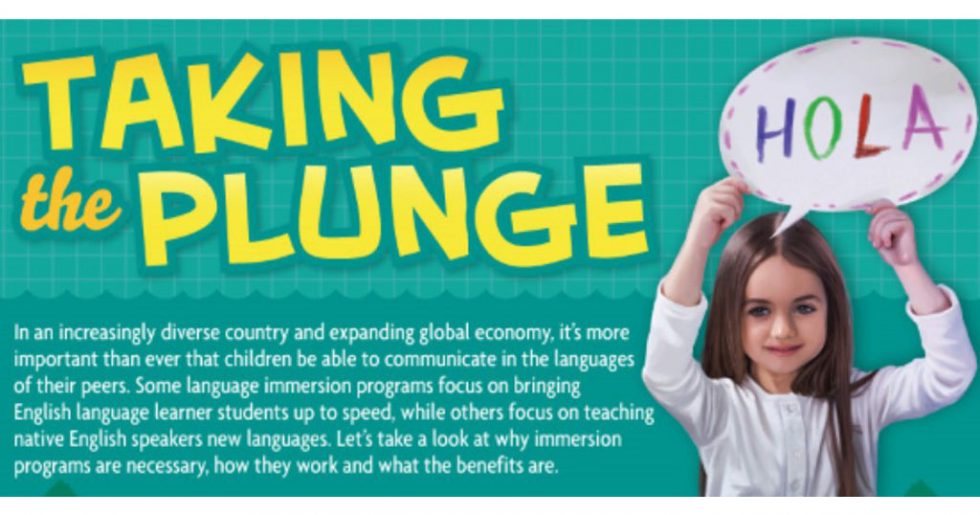 In an increasingly diverse country and expanding global economy, it’s more important than ever that children be able to communicate in the languages of their peers. Some language immersion programs focus on bringing English language learner students up to speed, while others focus on teaching native English speakers new languages. Let’s take a look at why immersion programs are necessary, how they work and what the benefits are.

What are language immersion programs?

Both native English speakers and native speakers of the partner language are enrolled, with neither group making up more than two-thirds of the student population.
Language immersion programs may also be full or partial.

Students are taught in the partner language almost exclusively at first, then gradually in both languages in even portions from fourth grade to 12th grade. This is more common in one-way immersion programs.

English and the partner language are each used 50% of the time across all grade levels. This is more common in two-way immersion programs.

Here is how a typical day in a kindergarten partial immersion class could go: