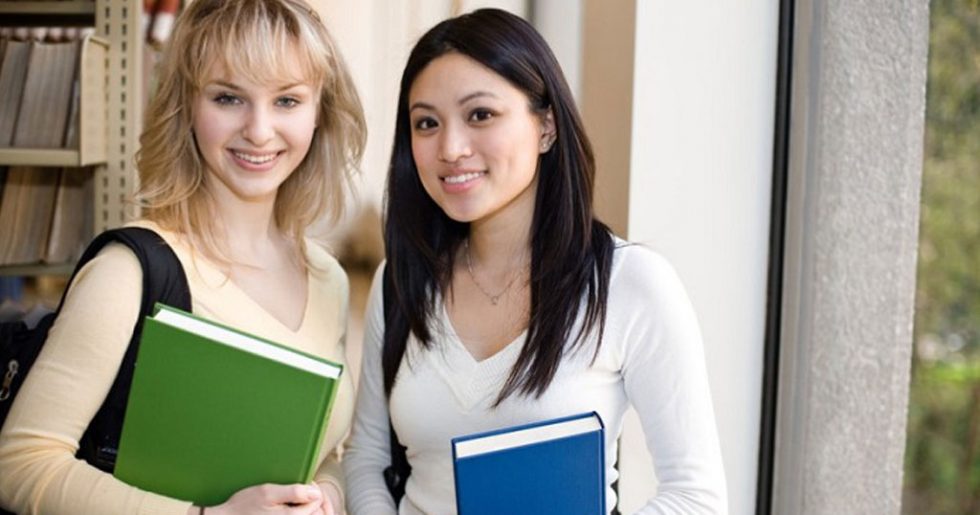 Let’s catch up shall we? So we’ve got a quarter billion living abroad and it’s comprised of the most diverse population imaginable. Most recently we’ve sussed that, on the whole, ‘the kids are alright’, but we could do with raising awareness about unaccompanied young immigrants, as shown in the border-crises that couples North and Central America, which led President Obama to emergency action in November of last year.

There are around five million international students, growing by 10% each year since 2000.

Where to next? Well, this Expatria series now looks to international students, the composition of a growing population in size and significance, showing that cross-cultural exchange is taking place at younger and younger ages and, interestingly, extracted from family ties – living as individuals.

Fledgling student expatriates, transient and intrepid but potential keyholders of the near future’s gates? (Probably, more likely a swipe-card for the future’s glass panelled revolving door, but let’s not digress on anachronistic metaphors, we’ll be here all day, or last year, or…) Understanding international study will have us sprawl over four articles, in which I will play statistician, witness and judge.

So, I suppose the first step is ascertaining the makeup of this population, as John Lewis Gaddis said,

‘Finding one’s way through unfamiliar terrain generally requires a map of sort. Cartography, like cognition itself, is a necessary simplification that allows us to see where we are and where we may be going.’

The global mapping of international students is a complex web of in-and-out, east-to-west, west-east and west-west migration. Foreign students have proven the most elusive catch so far, however, thanks to the statisticians of UNESCO and University World News, I think I’ve just about dragged them home from their global bar-crawl.

There are around five million international students, growing by 10% each year since 2000. Students have been surging out of China and India and importing into the halls and libraries of American and British universities; the U.S. have reported a seventy per cent increase in foreign students in the last fifteen years. This has made the U.S. is the most common dorm for the international and academic wanderer with 886,052 studying abroad in the U.S. in 2013-14.

Further interactive statistical information can be found through the UNESCO site:

Students internationalised younger than ever before

Nicholas Brummitt, Chairman of the ISC (Independent Schools Council), “today there is a massive demand for English-speaking education all over the world.” This “massive demand” is supplied by the burgeoning middle class of Jim O’Neill’s BRIC behemoths, India and China, and the dynamic between east-west movement will be discussed further in the third section of this segment – a case study of studying in America.

‘Oh East is East, West is West, and never the twain shall meet.’ – Rudyard Kipling

The conflation of debates regarding international students and immigration, the current hot-coal topic for the west, has entered political discourse in America. Evan M. Ryan, Assistant Secretary of State, “international education is crucial to building relationships between people and communities in the United States and around the world.”

Ryan elaborates on her vision:

‘It is through these relationships that together we can solve global challengers like climate change, the spread of pandemic, disease, and combating violent extremism.’

An optimistic vision it has some plausibility, growing numbers of students are on gap years and, despite their thinly veiled altruism, more are travelling for charitable causes.

It is interesting how Ryan can see international students as future global peacemakers to an older generation’s problems. To take a lesson from history – key figures of the Indian Independence movement, including Jawaharlal Nehru and Subhas Chandra Bose, were educated at Oxbridge and both are claimed to have been ‘radicalised’ by this exposure to western education. These men overcame a global challenge, followed by a nation, but it cannot be said that it did not involve some ‘violent extremism’, Bose famously allying himself with Nazi Germany.

International students live idiosyncratic lives as expats, they chose to carve their own path and work hard for it

This is in no way an attempt to condemn international students, it is a bizarre yet wonderful paradox that ‘Oxasians’ were radicalised in the nation that repressed them. It is, however, a critique of Ryan’s gleeful vision of a world brought together by international tertiary study. How will new global conflicts, the growth of extremism in Asia as ISIL, affect Ryan’s ever-so-American wishful sentiment? Recent news stories have documented Western students fleeing to the East to join an extremist cause, a fact that doesn’t exactly prove the movement of students is settling any age-old quarrels.

However, my cynicism can’t hide the true triumphs of individuals such as Nigerian seventeen year old Harold Ekeh, a student accepted to all eight Ivy League Colleges. An astonishing achievement for an exceptional talent. International students live idiosyncratic lives as expats, they chose to carve their own path and work hard for it, Ekeh is an example of this, and the next element of this series will explore the stories of three international students in their own words.