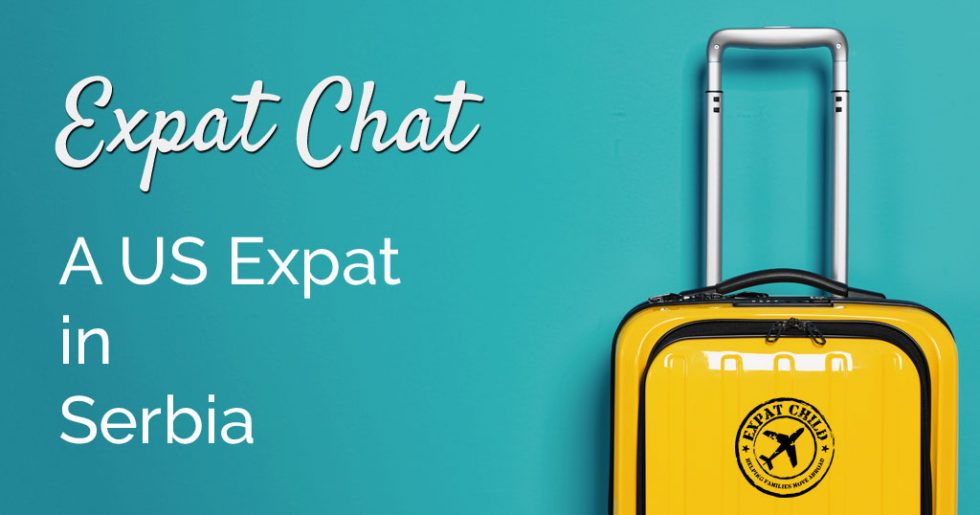 What is your name? Laura Dennis

Where are you originally from? I grew up on the East Coast of the United States, went to grad school in Southern California where I promptly decided I no further need of seasons.

Where are you living now? The very much “four-seasoned” Belgrade, Serbia.

How long have you lived there? I can’t believe it will be three years in July.

Where did you live before that? Los Angeles.

What made you decide to make the move? My husband and I had two small children and we wanted to simplify our lives and be closer to his parents.

Why did you pick this country? Serbia (which is in Southern Europe, not to be confused with Siberia) is the homeland of my husband, who grew up in Belgrade.

What are your future plans? Good question. We’d planned to return this year, but now it’s kind of up-in-the-air. My kids – daughter age five and son age three, are deeply immersed in their little preschool lifestyle; they speak fluent Serbian, are really happy and are thriving. We’re simply scared to disrupt all that at this point. How have your children adapted to your move? My son, M was only six months old when we moved from LA to Belgrade, so he pretty much has never known anything but life in Serbia. My daughter, D, is different. We left when she was two-and-a-half, and she remembers our house in California, and her friends. She had more trouble adapting to the food and the Serbian adult penchant for doing everything for your child. D is very independent. From a young age she insisted on dressing herself, feeding herself and would not tolerate an adult simply taking over “her task.”

The other big change was my very verbal English speaking toddler attended a Serbian preschool, where the teacher spoke absolutely no English. It was hard for D, who was used to being able to communicate. Even asking another child to share or if she could join in their play was hard. But now, native speakers consider her to speak as well as a Serbian child her age.

Do you speak the local language? If so, how long did it take you to learn it? Um, can I say, in my defence? Serbian is a very tough language. I speak Serbian well enough to get through my day, but my 5-year-old daughter is much better and she helps me translate.

Have your children learned the language? What method of language learning worked best for them? We went with full immersion. My kids go to a completely Serbian vrtic, or preschool, where only Serbian is spoken the entire day.

What three personality characteristics would you consider are necessary for a success expat life? Adaptability, resilience and a healthy sense of humor.

What do you miss? Target, definitely trips to Target. Which is exactly why I’m not making any drama about not moving back; it’s a pretty superficial “miss” on my part. Of that I’m aware.

Please share a debunked myth or stereotype about your host country. Ooohhh, this is a fun one … I live in Serbia, a country that was pretty much made the scapegoat of the 1990s Balkan Wars.

Yep, I’m gonna “go there.”… I think the most important one is: All Serbs are not war criminals. Serbs are warm, welcoming and tough.

What do you most appreciate in your new country? The thing that I hold most dear is something whose importance I didn’t fully understand prior to living here. My kids are half-Serbian. That is their ethnic heritage, and in living here they are living their ethnicity. They are immersed in the language, culture and lifestyle of their father’s homeland. That’s significant for me.

Tell us a bit about your own expat blog. How long have you been blogging? I started blogging seriously about 8 months ago. It’s called ‘Expat (Adoptee) Mommy’, (link below) and I write about a variety of topics including Serbian culture and mentality. I was also adopted as an infant in a closed domestic adoption. I write about my experience as an adult adoptee and how it intersects with my views on raising young children. In this way, I hope to increase awareness of adoption issues so that adopted children don’t have to grow up in the same culture of secrecy and shame that surrounded my own experience.

Has blogging contributed to your well-being in any way? Totally, yes. After having small children, my “inner mental life” took a nose dive. Sleep deprived, covered in spit-up, speaking to toddlers all day, having few adults with whom to speak English … all took a toll on my creative spirit so-to-speak. I decided to write my memoir, Adopted Reality, and then I started my blog to support my author platform, to reach out to readers and to keep myself disciplined about writing. Now, I’m very passionate about writing and blogging.

Thank you for sharing this with us, Laura!

Laura Dennis was adopted in New Jersey, raised in Maryland, and learned how to be a (sane) person in California. A professionally trained dancer, Laura also worked as sales director for a biotech startup. With two children under the age of three, in 2010 she and her husband sought to simplify their lifestyle and escaped to his hometown, Belgrade, Serbia. While the children learned Serbian in their cozy preschool, Laura recovered from sleep deprivation and wrote ‘Adopted Reality, a Memoir’, available on Amazon. She currently blogs at Expat (Adoptee) Mommy.
Also follow on Facebook and Twitter to stay up-to-date on Laura’s work-in-progress, a humorous book based on her blog called, The Complete Guide to Living Abroad with Kids.