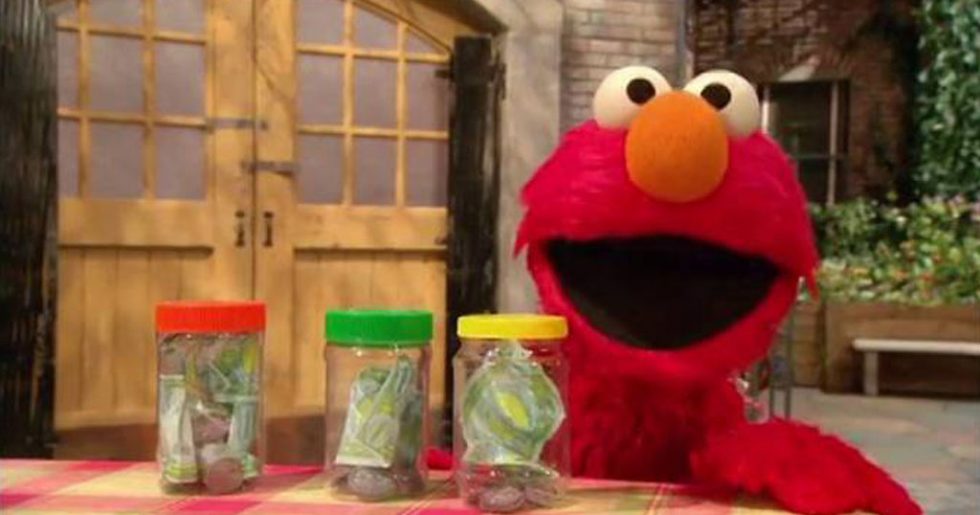 There’s a difference between being spoiled and being pampered.

When my middle child was well past the fabled terrible twos, we had one major episode that happened when this little human was in a humungous hallway in Toys ‘R’ Us. He wanted a toy (naturally) which I said ‘No’ to.

“Not today, Dylan,” I said. We were there to shop for a birthday gift for his friend Nicole. He could have a small toy, not a ‘major one’.

With toys left and right and as far as the eye can see; the horizon depicted as our aisle colliding neatly with another aisle at the end of the long parade of happiness-in-boxes, he slumped on the floor smack in the middle and lurched into a tantrum I’ve never seen him do before. There were tears. There was howling. Something about how unfair I was and how “… I know we have the money!!” It was epic.

I decided there and then that there was a first time for everything, but this would certainly be the last of its kind also. I looked at him straight in the eyes, spoke to him firmly without raising my voice and said evenly: “You know very well why we’re here Dylan, you have a small toy like I promised. I don’t break promises. You promised you’d be a good boy and having this terrible tantrum is just SO not cool. Enjoy your tantrum, I’m walking THAT way. Please hold my hand by the time I get to the end of this hallway or you and I will be late for the party.”

I wasn’t sure it was going to work. There was no real threat, just something equally dramatic. But I gave it a go. And he held my hand on cue, just at the end of the hallway, not a moment prior; with just enough time for a few parents to look at me disgustingly as I walked away. You see they thought I had threatened abandonment of my almost-four-year-old kid.

Dylan is now 16 years old. This story still elicits a giggle all around.

Lots of lessons here, but the dinner revival of this gem made me think about teaching kids the value of money. Not an easy concept. They say financial literacy is one thing missing in many societies; which seems both ironic and tragic at the same time when we think about globalization, and matters like that of Greece and other countries hit with catastrophic financial cash flow challenges.

World affairs aside, the responsibilities that come with raising children who feel loved, adored and occasionally pampered (yet not spoiled) can be a big enough challenge!

Our kids have grown up and lived (and spent money) across three continents in the last 10 years, and these are some lessons I can share from experience, and gleaned from trusted sources all around.

The world before Elmo and three jars of money We had several piggy banks in our home. Elmo and Sesame Street partnered with PNC Grow Up Great to deliver the three-jar-message. Bestselling authors like Ron Lieber suggest having them split their allowance into three jars: Give, Save and Spend. Lieber says these jars mimic a grown-up budget. Financially healthy adults will spend about 80% of what they earn, save 15%-20%, and give the remainder — and each jar serves as a stand-in for the values and virtues that are the opposite of spoiled.

In our home we had our own version of these 3 jars: ‘Wants’, ‘Gifts’ and ‘Dreams’. I grew up as an expat kid (today our kids are expat kids also); and both kid generations were always surrounded by different kids and cultures. Imagine it: we were always amongst people, some of whom had a very different family dynamic from ours.

Money means different things to different people. To different kids. So conversations did occasionally ensue about what some other kid has, and how the “wants” jar was just not enough for x, y, or z.

But therein lies the answer (well the answer that worked for us anyway): We had conversations about it.

Alongside teaching kids the idea behind what to do with money, core values are imperative. Beyond the fact that money can buy things you want and need, there is the need to communicate early on how money relates (or doesn’t relate) to happiness.

Dr. Thomas Gilovich, a psychology professor at Cornell University who has been studying the question of money and happiness for over two decades, shares: “We buy things to make us happy, and we succeed. But only for a while. New things are exciting to us at first, but then we adapt to them.”

“Our experiences are a bigger part of ourselves than our material goods,” says Gilovich. “You can really like your material stuff. You can even think that part of your identity is connected to those things, but nonetheless they remain separate from you. In contrast, your experiences really are part of you. We are the sum total of our experiences.”

Let’s translate all that to kid-speak…

We’ve made a number of awesome deals with our kids over the years. Epic ones included travel, for instance: “Should we have as many gifts as we had around the Christmas Tree last year, or should we have a little less…AND travel to Thailand after New Years with the money we don’t spend on the prezzies?”

Throughout most of our lives, we will be in the pursuit of happiness.

Does that thought keep you awake at night when it comes to raising your expat child?

Lieber and Dr.Giolvich present some very interesting points. As for Dylan, he spends a tad too much money on sugary drinks, his older brother spends quite a lot on shoes…and they all remember (and giggle about) our family holidays eight to ten years after the fact, despite a diminished amount of stuff in exchange. And they jointly gave me a Tickle-Me-Elmo two Christmases ago as a fun present.

Kristina Marie was recently surprised to have been called a TCK and ‘second-generation expat’, not truly accustomed to the labels. Half-Spanish and full-blooded expat, she did learn what it was like to be a citizen of the world at a very young age. She spent each High School year in a new school and a new country. Her love for travel was born when she started collecting stamps as a kid, and this love has carried onto her adult life.