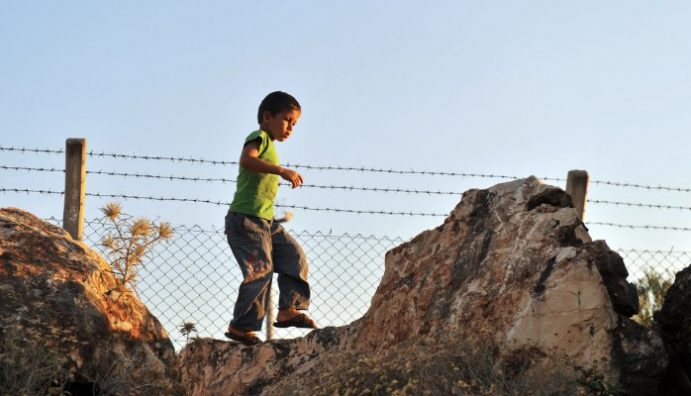 Difficulties and crises in child migration

The boundless new opportunities awaiting an expatriate family are well advertised, but the psychological problems and social issues experienced by migrating children is perhaps less known.

TCKs are often rarefied and sensitive individuals and whilst it has been noted that TCKs can provide a unique service in the contemporary age, this is not achieved without any issues.

The initial part of this investigation was spent exhausting the potential of Expatria’s children, of Third Culture Kids – those best versed in the interconnectedness of current times. This article will examine the difficulties facing the children of Expatria, how crossing cultures can cause difficulties for individual and state. TCKs are often rarefied and sensitive individuals and whilst it has been noted that TCKs can provide a unique service in the contemporary age, this is not achieved without any issues.

‘Forgotten Children’ of the Commonwealth

Britain has a sustained and conscious history of child migration, part of a warped philanthropic strategy under the rationale or guise of empire’s ‘civilising mission’.

In the land of milk and honey, the milk proved sour and the honey not so sweet.

The Child Migrant Trust is a charity set up for the purposes of reconnecting families fractured by the actions of British charities that sought a solution for underprivileged children, scattering them to the furthest corners of the commonwealth. According to a recent history of ‘Empire’s Children’, a £10 outlay by Barnardo’s to expatriate children saved the ‘charitable’ organisation a £16 a year expense. Remarkably, this practice continued after World War Two, British organisations still sent 3,300 children to Canada, New Zealand, Zimbabwe or Australia. From 1920 to 1970, The Guardian revealed that 150,000 far-flung children were despatched to institutions and foster homes across the commonwealth.

Children found no home ‘in large, impersonal institutions or farm schools which accommodated up to three hundred and fifty children.’ False philanthropy put the needs of children secondary. In the land of milk and honey, the milk proved sour and the honey not so sweet, an aftertaste that the Child Migrant Trust has tried to placate.

“The issue is that transition always involves loss, no matter how good the next phase will be. Loss always engenders grief…”Ruth van Reken

The uprooting of youth can be a traumatic time for both children of privilege and those who lack the financial and familial support to ensure safe passage and transition between nations. The emergence of ECS (Expat Child Syndrome) has validated the existence of the emotional turmoil undergone by Expatria’s youngest members.

Kate Berger, a child psychologist, appeared in The Telegraph acknowledging the significant and unique adjustment process children face in adapting to new environs. ECS and the challenges facing privileged expatriates is emotive, however, the trials endured by expatriates moving from and amongst developing countries is harrowing.

In America, 2014 has been marked as a crisis in regards to child immigration and the UK has also struggled to provide for the unaccompanied and displaced youth of Expatria.

The inability to govern the Mexico-United States border, in regards to humanitarian and economic concerns, led the International Business Times to declare 2014 the ‘Year of the Child Immigrant Crisis’. Record numbers of unaccompanied children from Central America found their way to the makeshift detention centres of the southern states of the U.S. The New York Times reported that 68,000 children were detained from October 2013 to October 2014 leaving President Obama to proclaim a ‘humanitarian crisis’, an emergency fund of near $4bn to rectify it.

Unaccompanied children of El Salvador, Guatemala and Honduras, nations currently riven with gun- and drug-related crime are the primary contributors to the swell in child migration.

The U.S. is not the only nation struggling to accommodate for the arrival of unaccompanied children. In Britain, legislation remains which enables border forces to detain children indefinitely, an abhorrent practice that one commentator has referred to as the ‘black hole at the heart of British Justice.’

It is at the fault lines of cultures and societies that one can gather an understanding of global migration. In the examination of the quality of the stitching between nations, made of separate religious and cultural fabrics let alone geopolitical colours, that the welfare of the haves and the have-nots can be ascertained. The events that centred on the Rio Grande Valley of Texas, U.S.A, the illegal passage between Central and Northern America, goes to show that both the developed and developing worlds are failing to guarantee the welfare of immigrant children.

Even amongst developed nations, the phenomenon of ECS shows there is a need for resources to improve for children of movement. However, as the first part of this article suggested, Third Culture Kids are globally-equipped children tailored to the diversity of today’s business.

Awareness, education and co-operation are central to improving conditions for the global migration of children. As highlighted in the first instalment of this series, information gathering, in regards to those who live outside their country of origin, whether expat or immigrant, is not prevalent.

Not only does the Expat Survey position itself to collate information that textures the understanding of people of global movement but also, through our Helpdesk, aims to provide a bridge between expat and the relevant resources that can assist.