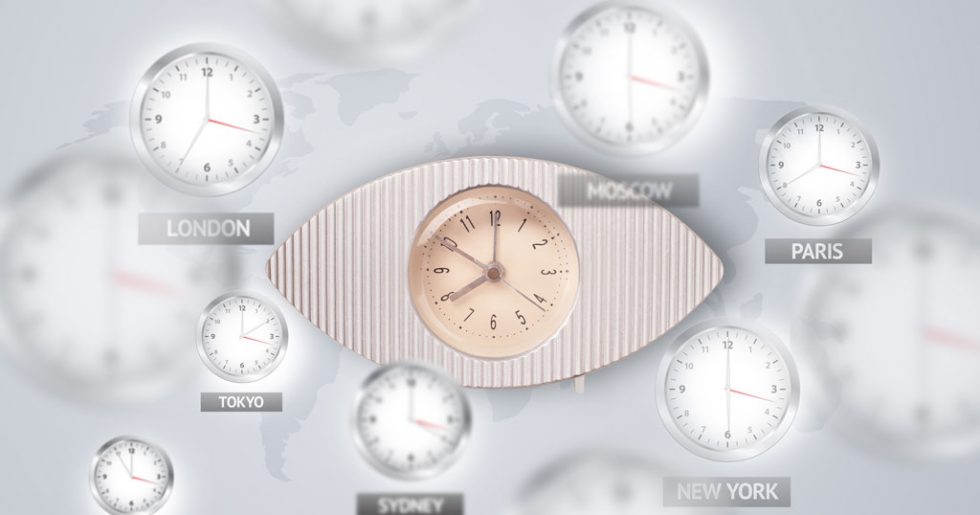 All about jet lag

Long journeys can be exhausting. Long journeys with children are exponentially so… and once you’ve survived the flight, you then have to deal with jet lag. Lovely!

What is jet lag?

Here’s the science bit from medicalnewstoday.com.

Jet lag is also known as time zone change syndrome or desynchronosis. Jet lag can occur when people travel rapidly from east to west, or west to east on a jet plane. It is a physiological condition which upsets our body’s circadian rhythms – hence, it is classified as a circadian rhythm disorder. Jet lag symptoms tend to be more severe when the person travels from westward compared to eastward.

Basically, when we cross time zones, our internal body clock stays on our ‘time at origin’. But on arrival at our destination, we may have an entire day to get through when our mind and body says it’s well past our bedtime. Or vice versa.

Why do we get jet lag?

We all have an internal body clock which controls when we feel tired and when we should be awake. This ‘clock’ – also known as circadian rhythms – is directed by daylight and darkness. In modern times, electricity has its own effect on our natural rhythm, but fundamentally it’s all down to light and dark; and a hormone called melatonin. Melatonin is secreted by the pineal gland and helps regulate our waking and sleeping times. A synthetic form of melatonin is available in some countries but isn’t licensed everywhere, and often isn’t licensed for jet lag, so do your research.

The symptoms of jet lag vary from person to person, and depend upon the number of time zones crossed and the direction in which you’ve flown. There’s probably an algorithm for that somewhere, but never mind…! It’s harder to adapt to a west to east journey, but jet lag is no fun whichever direction you fly.

Most usual signs are lethargy, lack of concentration, irritability and an inability to fall asleep at the ‘correct’ time along with waking at inappropriate times. Generally, you feel unwell, tired and disconnected from reality. It all sounds a bit like early motherhood really, doesn’t it?

Other symptoms can include a lack of appetite and changed bowel habits. Let’s not go there, you get the picture…

Personally, I don’t lose my appetite – it takes much more than that to put me off my food, but when jet-lagged, I tend to wake up ravenous at 3am, regardless of how much I’ve eaten during the previous day. Which is an interesting experience on your first night in a new house. “Where am I? Where’s the kitchen? Why isn’t there anything to eat?” Plan for this.

How to prevent jet lag

You can’t. But there are ways of lessening the effects. You will feel better able to deal with your children if you take care of yourself. Don’t drink alcohol on the plane, and restrict caffeine too. Stay hydrated and rest as much as possible before and during the flight. I do realise this is far easier said than done on a long flight with children, but it’s worth trying.

It may be worth trying to adapt to your destination time zone before you actually leave your home country. If you have the time and inclination, you can change your routine by an hour a day starting about a week before you leave.

How long does jet lag last?

You should be over the worst of the jet lag symptoms within a few days, although if you’ve travelled a very long distance, it may take up to two weeks to acclimatise fully.

It’s said that it takes one day to recover per time zone crossed.

How to cope with jet lag

One of the recommended ways of dealing with jet lag is to set your watch to the time in your destination country as soon as you get on the plane. Then you know when you ‘should’ be eating and sleeping.

However, I find it easier to have two watches – one set to the new destination’s time and one kept on ‘home’ time. This way I find it simpler to decipher particular feelings such as, why am I hungry now? Why do I feel the need to sleep at 11am? Why is the child being so hyper and whiny? By checking my ‘home time’ watch or clock, I don’t have to do complicated time-zone maths in my befuddled state.

If you are due to arrive in the evening, try not to sleep on the plane so that you’re ready for bed at a reasonable time in your new home. I f your arrival is due in the morning, sleep as much as possible during the flight so you’re able to stay awake during the daytime at your destination.

For several days after your arrival, spend as much time in daylight as possible. Natural daylight helps your body clock adjust. Take you meals at the correct times in your destination, but keep healthy snacks to hand for those emergency moments.