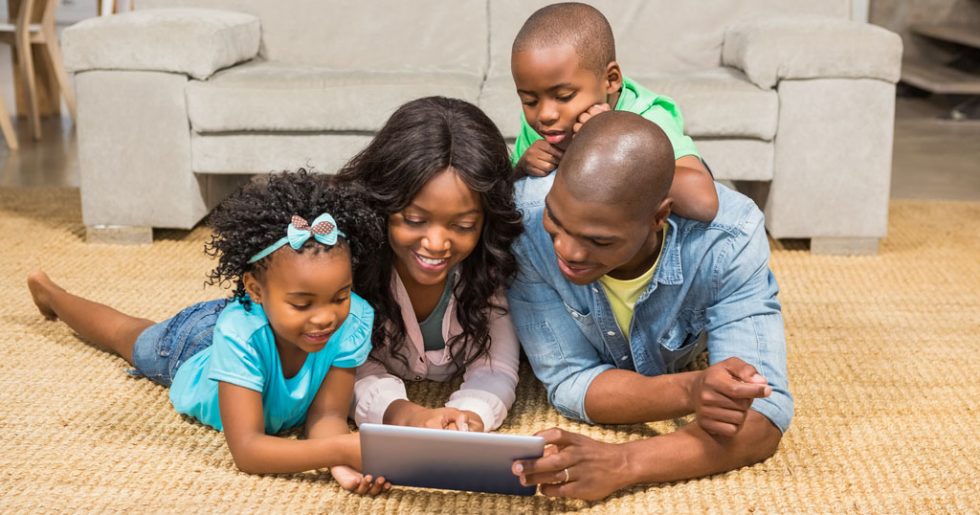 One hidden secret for a happier family abroad

Living abroad is both exciting and challenging.

The benefits seem obvious (learning another language, discovering a new culture, traveling to breathtaking natural wonders only to mention a few). However, the task of recreating a new life and managing at the same time a soft transition for the children dealing with culture shock (without support networks) can be pretty daunting for the accompanying spouse.

But when reading the following statement (mentioned by Carole here, about expat stress and the trailing spouse) you may be shocked!

Why would an accompanying spouse sabotage their own family?

Here is my proposed explanation.

Let me clarify that this article is aimed at both leading and trailing spouses.

You’ll first have a glimpse at what’s going on and then get some simple tips to prevent the situation from getting out of control.

Let’s start with a story to illustrate my point. I based it on various elements from real people over the years.

John frowned. He was preoccupied this morning. He just woke up in his hotel room in Bangkok and checked his phone. A couple of pressing emails for work (as usual) and this message from Helen, his wife, on the answering machine. With the time zone difference, they didn’t get the chance to catch up before he went to bed. John, Helen and their three children relocated from the UK to Brussels six months ago.

Helen’s voice was quite stressed “I had a car accident this evening. The children were fighting at the back about some silly things and I lost my temper. I didn’t see this car coming from the right and couldn’t stop. They all do things on the wrong side of the road here. I had a big argument with the other car driver, a grumpy man, angry and unable to speak a word of English. The kids were scared and Richard cried. We’re all safe but I’m fed up with all the hassle! And you’re never here when we need you.

John looked at his watch and made the calculation quickly: 7 am in Bangkok, that meant 2 am in Brussels.

Hopefully is Helen asleep by now! Another 5 hours to wait until he can join her.

During breakfast, John was thinking, reviewing in his head the events of the last 10 months: the offer he got to relocate from the UK to Belgium, Helen giving up her job as a promising communication manager, the rent of their house, the farewell party with their friends. He thought back then that this position was more stable, would enable him to travel less frequently. Helen was reluctant at the beginning but he managed to convince her: she would spend more quality time with the children instead of having them attending childcare all day long, she would be less stressed, she would learn French. The company had a relocation policy stating they were helping accompanying spouses to find a new job. She loves to take risks. That was now the moment, right?

It turned out that the situation was worse. The company had acquired a new branch in Asia, requiring him to go there every month for two weeks for the next six months at least.

Helen and the kids were not settled yet. Helen who used to be so independent, so joyful, so energetic, so positive and optimistic was often angry at him, frustrated, always tired. She wasn’t really enjoying being around with the kids. Confronted with boring and repetitive household tasks, she was on her last nerve by the continual fights of the children. Five year old Richard struggled to sleep. He had wet his bed several times already. Henry was constantly chewing on his nails and 13 year-old Caroline was hiding in her room, withdrawing from any family gathering.

As for her job search, the support from the company was a joke. A few links to job boards, some guidelines to make her CV. She could have done it by herself. Frustrated by the lack of any stimulating and fulfilling activity, she was only the shadow of her former self.

John was worried. He had thrown his whole family into this adventure. He knew deep inside himself that it could be a tremendous opportunity for all of them to grow stronger but in that moment, he was feeling guilty not to be with them. He was doubting. He was scared.

A quick look at his watch and he jumped. He was already late. He now had to focus on this important workshop with the new team in Bangkok. He found the next few hours excruciating. His phone was in silent mode but he couldn’t help looking at it every five minutes. He was wondering how his family was coping. Would the kids go to school today? Where was the car? Did they get hurt? Helen was already quite stressed. It would only be worse now…

Crippled with guilt and self-doubt, John’s confidence started to waver. He couldn’t devote himself entirely to his work. His performance would suffer.

He had no choice but to soldier on, ironically for the good of the family (!) Helen had given up her job. The kids had started a new school year. Going back was not an option.

Let’s pause for a moment.

What happened? Why did the situation get out of hand?

The idea is simple. I’m sure you already know it intuitively because we apply it in all walks of life.

We make psychological contracts all the time

We make psychological contracts with our partner, our children, our parents, our employer even with our home or host country!

The psychological contract, according to University professor Denise Rousseau is defined by your belief in perceived promises which will govern the terms and conditions of a defined relationship.

Where do psychological contracts come from? How are they formed?

The perceived promises can be:

Interpretation of previous patterns: Example: each time you relocated, the children used to go to the British school. So you expect to follow the same pattern in your new assignment.

Witness others’ experience: Example: all your expat colleagues’ accompanying spouses got excellent support to find a new job, so you expect the same treatment for your spouse.

Deduction from values you take for granted (fairness, good faith…): Example: You accepted this assignment, your children had to change school, you consider it fair that the company shows some flexibility and allows you to move during the summer school holidays.

Explicit verbal promise: Psychological contracts are based on the belief of ‘promises’. The ‘promises’ have not been written, they are often implicit.

Helen had perceived John’s belief in an increased presence at home after the relocation as a promise.

In her article, Rousseau and her colleague Robinson argue that a violation of the psychological contract can have severe consequences and produce strong reactions. Why are those reactions so strong? Because it all comes down to broken promises. It’s different from mere expectations.

The intensity of the reaction is attributable not only to unmet expectations (…) but also to more general beliefs about respect for persons (…). “Broken promises produce anger and erode trust in the relationship”!

Let’s take a closer look at the accompanying spouse in this case. What is her perception of promises?

Add the effects of culture shock on her and the children:

Whether she does it deliberately or unconsciously, Helen might be tempted

How children are affected

All these situations can have dramatic consequences for the children at the time when they need the most stability.

Not only do they see their physical world changing (new house, new school, new language) but they experience a complete emotional imbalance:

What can you do as a parent to support each other?

1. Maintain dialogue at all times

You have to understand the terms of the psychological contract your partner has made (with you and the company which sent you overseas preferably). The psychological contract is not cast in stone. It evolves with time. Sometimes, it’s even unconscious. Bringing it to light is hard work but there is real value in it as a tool for self-awareness and self-development. And when you know what to look for, it helps.

2. Be very mindful of what can be perceived as a promise

Use accurate wording. Pay attention to the facts. If John says, he’ll have more family time in this new assignment, is it realistic or just wishful thinking? If you mention to the kids, you’ll go back home every 3 months, is it a promise or just a manner of speaking?

3. Support each other to allow self-care

Make sure you all get enough sleep. Don’t neglect eating habits: plan proper meals instead of snacks all days.

Allow each other when possible some space for relaxation. Especially with children around. They’re a wonderful source of joy but they know how to push your buttons.

Looking after them in turns can be a great way to recharge batteries!

Understanding how psychological contracts work helps to avoid misunderstanding and frustration. Both elements can badly affect the relationship between both parents.

Remember, in a sea of change, parents are the only anchor.

By taking care of yourself and your relationship, you’ll be the pillar your children need and you’ll contribute to a more supportive and happier family.

Now, over to you. What kind of psychological contract do you have? How does it influence you?

Anne Gillme founded Expatriate Connection, a free online resource for what’s missing in expatriates’ lives: how to deal with loneliness, expat grief and uprooted children. She has been living abroad for 20 years but she’s constantly looking for more answers in the latest developments of psychology, anthropology, social and behavioral sciences. Her dream is to build a thriving and supportive online expat community and make the world a more sustainable place. More about her? She’s got 4 children but only one (Muslim) husband.