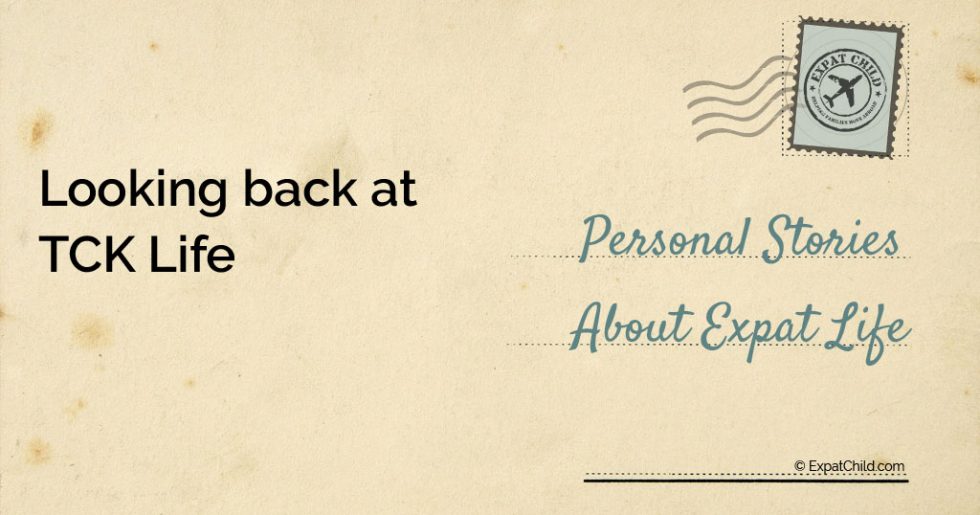 Back in November 2012 I was happy to publish Cecilia Haynes’ TCK story in a three-part serialisation. Cecilia has lived in many, many countries and continues to travel the world. She also has a great insight into how growing up as a global nomad feels as a child. I’ve pulled the story back together so you can easily read all the wonderful advice Ceclia has to offer anyone who is considering moving overseas with children. Cecilia in Chennai. “This was taken on my old school campus. It was really wonderful getting to visit again this past year after seven years away!”

Some key points and reassuring words to uplift any parent worried about moving abroad with their kids:

Don’t worry, I am a Third Culture Kid and I turned out fine-ish. I have a stable job (multiple), I am currently living in Turkey for fun, and I have a close group of friends from all the places where I have lived. Sure, I have itchy-feet syndrome, commonly known as grass-is-always-greener disease, but I am a proactive member of society.

I promise you that moving your kids abroad will not damage them irreparably, no matter what they howl at you when you break the news. In fact, it will become one of the most amazing things that will ever happen to them in their lives. I know that your kids will moan and complain and flash you the mopey eyes, but do not be swayed. It is not easy to be uprooted and it is never easy to be uprooted multiple times. However, by not going, you, and they, will miss out on a life-changing experience.

One of my friends owned a camel!

There are three moves that particularly stood out for me.

I was born abroad in Hong Kong and by that time, my dad had already begun the State Department lifestyle. I had no point of reference for a stable upbringing and for my first couple of moves to Calcutta, Taiwan, Beijing, and then New Delhi, I faced them all with the same attitude: calm acceptance. I was a small child and what my parents said went. Then I got to New Delhi at the ripe at of six. I stayed for four years and that was the longest that I had ever been in one place.

Ignoring my first year of adjustment, I made my four best friends by the second year and we were thick as thieves by the third.

One of my friends owned a camel and another had a giant front yard that housed our entire Girl Scout troop. This house came complete with a forest in the backyard that we were able to go through in order to earn our Forest Explorer Badge. Whenever I was “homesick” for the U.S., I had the American Embassy Compound with its commissary full of American goodies. For vacations I went to tiger reserves, went on caravans through the desert, and escaped to Hong Kong when I needed a break from life in India. My life was great and I was really lucky that all of my best friends were able to stick around until my fourth year.

A competition to see who cried the longest time

I had always known that my family and I were going to leave after four years. It was actually a miracle that we stayed three years, since my dad had to apply for an extension and it was iffy. I still remember getting the good news and running around my school campus screaming it out. I am pretty sure I startled quite a few high-schoolers who bemusedly watched a small eight-year-old girl cavorting around their side of the school. My relief at this inevitable move was great and I was thrilled that I did not need to deal with the painful break that was sure to come.

When the time for the move did arrive, I was devastated. I literally cried for three days straight. The reason I know this is because my parents allowed me to have an extended sleepover and we spent the whole time having a competition to see who could keep the tears going the longest.

Moving back “home” to the U.S. was one of the worst experiences that I had to go through as a child. My dad belongs to the suck-it-up camp and my mom is accommodating to the point of distraction, so they gave me a healthy middle ground to get over and indulge my frustrations. In spite of their efforts I was miserable.

No one understood me in school and they could not relate to my upbringing. The most exciting activity that they engaged in was going to the mall. I got to bathe an elephant. It was a trying period of my life. Thinking on it now as an adult, I do not know that anything would have fixed how I was feeling. I kept in touch with old friends as best I could, but this was the world prior to Facebook. AOL was just becoming a thing and I had to rely on snail mail. It was difficult feeling alienated from the people around me and I constantly had to learn how to be an American.

Tips to help your child repatriate

As a parent facing repatriation with your child, if even for a little while, there are a couple of things that you can do to make it an easier process. I do not think it will be completely easy because big moves never are:

There is no antidote to loneliness or unhappiness, but finding productive activities to engage your attention is a good way of working past the mental blocks and it will slow down, if not halt, a slide into depression.

On the road again

After four years in the U.S., I was ready to get out. By my third year I was in the thick of planning where to move with my parents. With State Department posts there is no guarantee that you will get your first, second, or even fifth choice but you can at least see what is available at your level and list them accordingly. We were torn between Istanbul and Chennai, and ultimately a return to India proved to be the better option because of job stuff.

It meant a lot that my dad actually discussed the move with me and let me feel a part of the decision-making process. While I know that this is not always possible, NEVER keep your child in the dark until the last possible instant. I have a couple of friends whose parents did this and it always ended up worse because they did not have time to cope and say goodbye. If a move is a real possibility, tell your children and treat them with respect and honesty.

Going back to India was amazing. Sure, I was headed to South India this time and to a much smaller school, but I was returning to other people like me.

I have gone to international schools my entire life and so I really cannot speak for those TCKs who ended up in local schools. International schools have a culture all of their own and if I am from anywhere it is the international school environment. With fellow students from all nationalities, private school privileges, world-class teachers, and the opportunity to travel frequently, what’s not to love? I again made some bosom buddies who understood me and I experimented with all the regular stuff that teenagers abroad experiment with. I got to go to clubs, I drank, I engaged in somewhat reckless behavior with auto rickshaws. And I learned from every mistake. I also was very lucky to make these mistakes surrounded by people who loved and cared for me deeply and made sure that I was never in any serious danger.

When it came time for me to leave my senior year of high school, I was miserable. After going through the option of staying with friends on a three month basis to round out the year, my parents wore me down and convinced me to move to Manila with them. I have rarely been so grateful to them for forcing me to do something that I did not want to do.

My parents were stationed in Manila for a total of four years. That meant that I would spend three years of college visiting them in a country that would have been foreign to me if I had not gone with them. I would not have had friends and I would have felt isolated whenever I visited. Because I did what no teenager wants to do and was uprooted my senior year, I relished my visits back to Manila. I had a community to return to. I have more friends around the world than I would have had otherwise. I have more people that I am connected to because of random occurrences than if I had just stayed put. I think it is really important to remind your child that even if moves are terrifying, there is always a silver lining. There are always new friends to be made, new experiences to be had, and a new country to make your own.

This is the real benefit of being a TCK. We are able to move and adapt at will. Sometimes it is forced but we can do it. We are equipped with more life skills by the time we graduate from high school than most people are by the time they graduate from college, if not graduate school.

Never think of moving abroad as a deprivation of any sort. It is the greatest gift you can give your child. I am forever grateful to my parents for dragging me around the world with them. It is worth every neurotic questioning of where I am from, worth not being able to articulate my background, and it is most certainly worth a few tears shed.

Cecilia is a diplobrat who was born in Hong Kong and grew up in Calcutta, Taiwan, Beijing, New Delhi, Virginia, Chennai, and Manila. Finding that repatriation did not agree with her, she moved to Hong Kong after graduating from university. From there she ate a trail through Lhasa, Dharamsala, and Xining before finding a wealth of sun and food in Alanya, Turkey. Her itchy feet have stilled in the Mediterranean Sea, at least for the year. Follow her as she blogs and photographs her way through life on the Turkish Riviera. Find Cecilia here: Blog:  Gallery:  Facebook Page:  Twitter: