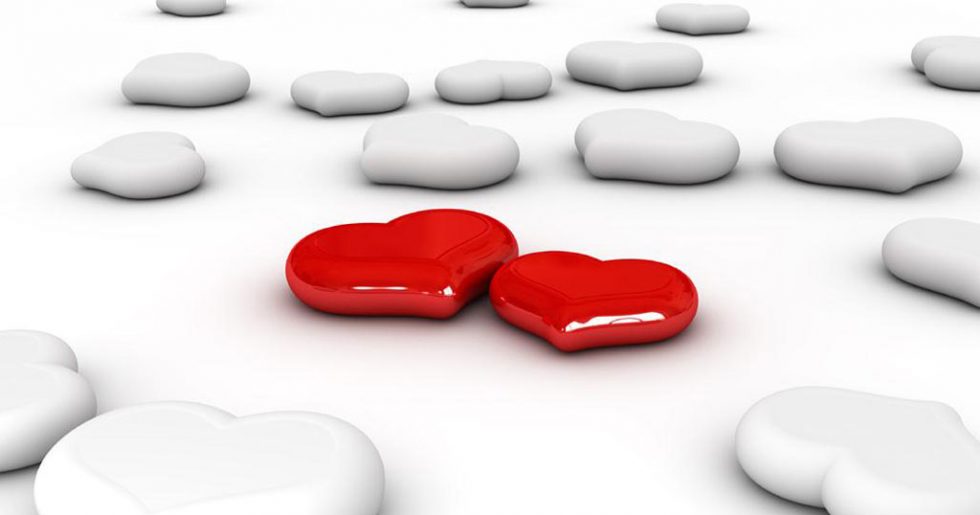 St Valentine’s Day, 14th February, has become one of the more commercialised dates in the calendar. We all know that Valentine’s Day is traditionally used for people to declare their love for one another and usually involves sending of cards, flowers, chocolates or other gifts.

Its origins are shrouded in mystery. The day itself is named after at least three martyrs called Valentine, yet no romantic elements are associated with any of them, however hard anyone tries to rewrite history to fit our modern beliefs.

The first suggestion of Valentine’s Day becoming affiliated with lovers is a mention in Geoffrey Chaucer’s poem ‘Parlement of Foules’ (on line 309), which was written in 1382 to celebrate the loving marriage between King Richard II and Anne of Bohemia. Even so, it is unlikely that the Valentine’s Day that Chaucer referred to in his poem was even in February.

More likely is that Valentine’s Day is related to a Roman fertility festival called Lupercalia. Lupercalia was celebrated in February although nobody is entirely sure how the festival was marked. Roman festivals tended towards rowdiness and honoured several gods and goddesses, many of whom signified love and fertility.

Regardless of the historical origins of Valentine’s Day, the date has long been the subject of numerous traditions and superstitions pertaining to discovering whom you are likely to marry.

It is said that the first bird a girl sees on Valentine’s Day will predict her future husband’s personality. For example, if she sees a sparrow, she will marry a poor man but will be very happy, an owl would mean she wouldn’t marry at all, a goldfinch would foretell marriage to a rich man while a flock of doves symbolise a happy, peaceful marriage.

Somewhat more modern is the idea that the first male name you hear on the radio or TV will be the same first name as the man you will marry.

Why don’t these superstitions apply to men? I’ll leave that to you to ponder upon!

Valentine’s Day around the world

Valentine’s Day has spread around the world, resulting in unique traditions from country to country. Most have similar customs but put their own, local twist on them. For example, in Germany huge gingerbread cookies in the shape of hearts are made and presented.

Valentine’s Day is recognised in Japan but not in the same way as the Western world. Japan’s day for acknowledging loved ones is 24th December – Christmas Eve. Christmas isn’t a holiday in Japan, but on 24th December loving couples go out for a special meal, exchange gifts or even propose.

So, what happens on 14th February? This is one for the men!

A fairly recent tradition decrees that women should give all the men in their life chocolates on this day. All males can expect to receive a gift from the woman. Giri-choko is ‘obligation chocolate’ and is presented to male work colleagues and particularly to the boss. Men receive chocolates from female work colleagues without any hidden agenda attached to the gift.

Valentine’s Day in Japan is a corporate occasion and big business. Confectioners create suitably packaged gifts, all wrapped and ready to go for the women to buy in bulk.

Needless to say, most Japanese women don’t like Valentine’s Day, so in a masterpiece of marketing power, another special day was invented by a marshmallow company. This day is called White Day – Howaito Dē. As well as marshmallows, gifts include all kinds of sweets packaged in white.

White Day falls exactly a month after Valentine’s Day on 14th March. The men who received chocolates in the previous month are expected to reciprocate the gift by giving a gift back; and this gift must be more expensive! So the women do well out of it in the end.

However commercialised Valentine’s Day has become, the underlying sentiment remains the same: express your love for someone in whichever way suits you best.