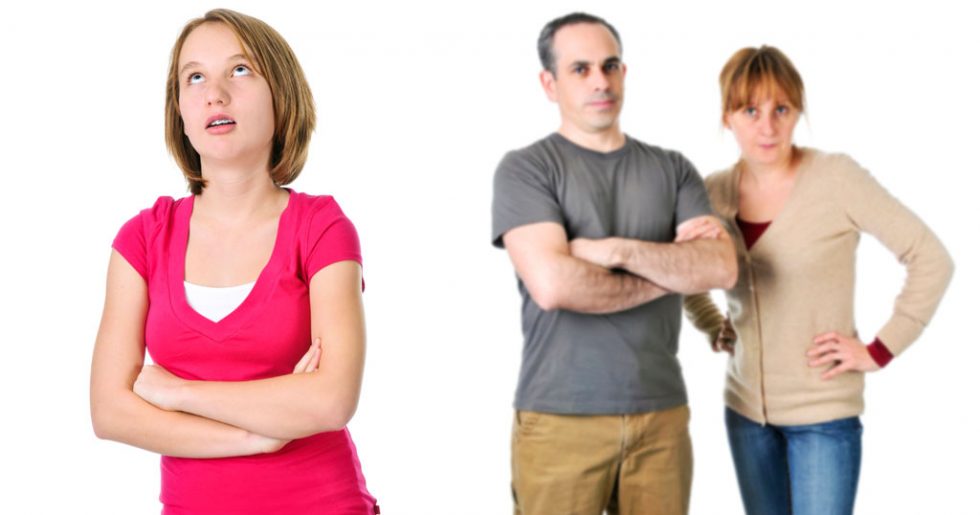 Negotiating the minefield of teen angst

To do this tricky subject even the tiniest bit of  justice we first must consider the question we all ask ourselves at some point, ‘what is a teenager?’ The dictionary says any person between the age of 13 and 19 – but as parents, we know the answer is far more complicated than that, right?

To find your way through the accusations of “ruining their life” and the ensuing period of anarchy, you need to understand the key reasons for their dissent;

Of course, this is a massive generalisation. You may find your teen is the exception to the rule and is excited by the prospect of a new start and the opportunities opened by global experiences… But just in case you’re not that lucky, let’s look at what you can do to help the average teenager to come to terms with parents who seem to be hell bent on destroying their very existence.

A key factor in getting a teenager to accept a life changing decision is to get them involved right from the start.

Communicating with teens can be a minefield. In my experience, attempts can be met with eye rolling, grunting, shrugging and an array of words that haven’t yet made it into any known dictionary. Or with flat-out tantrums, histrionics and unsolicited drama. Actually, these are all quite normal reactions, and you should only truly worry if you get no feedback or arguing at all. This means they are internalising their problems, which can be worse for everyone. Yet try we must.

A key factor in getting a teenager to accept a life changing decision is to get them involved right from the start. As soon as it becomes a possibility to move overseas discuss it with them, tell them why it’s a great opportunity, be honest about your own enthusiasm and tell them as soon as possible when it is likely to happen.

When they react – and react they will – make sure you listen to their concerns. Even if the reaction is one of tears and recriminations, the truth about their reluctance will be in there somewhere, and this will give you pointers to planning your next steps.

Allow them some control

Your teenager will greatly appreciate being consulted as an adult and given some say in the decisions that most affect them.

Although your teen may not be ready to go it alone as an adult yet, he or she will greatly appreciate being consulted as an adult and given some say in the decisions that most affect them.

Are they in important exam years? If so, would they appreciate the opportunity to stay behind with family or friends until the exams are over? This is quite a radical thought, but do think about it… having stability of schooling and friendships at this age can, literally, be life-saving. Unless they have lived abroad at some point during their life, this may be too much of an upheaval for them to cope with.

Do they have genuine reasons for not wanting to leave the UK? Would they prefer a boarding school? This can be a very hard decision for a parent but it may provide a happy medium for your teenager and get them through their exams in a curriculum they are used to.

Are they concerned about leaving their friends? If so, would it help to plan their first few visits home before you even leave, so they have something to look forward to and something to plan? Or even plan an occasion for friends to come and visit; which will no doubt generate some enthusiasm amongst their peers and maybe even a little envy.

Remember that even whilst they rebel against your every sentence (because what do parents know?), it’s mainly only because you are their safety net and rebelling against you gives them a valuable opportunity to practice their adult assertive skills. Taking the wind out of their sails by understanding their needs and acquiescing to their demands might provide the answer to a productive discussion.

Let’s be clear. Bribes are too obvious; they work well with younger children but with a teen you need to be more subtle. An obvious bribe will result in a negative reaction but selling the positives might tip the balance… For example, if you’re moving to a hot country, surely there’s a need for a shopping trip? Going together will provide valuable time to discuss plans and try to generate excitement as well as pandering to most teenager’s love of something new and trendy.

Perhaps there are opportunities in the new country that don’t exist where you currently live? Dune driving, horse riding, or learning to drive earlier? Do some early research so that you are armed with accurate and relevant, juicy facts.

What your teenager’s friends think about this life changing decision is a lot more important than what you think! Don’t intrude; give them the time and space they need to process the change in their own way (and hope that some of their friends have something constructive to say!).

At the end of the day, you are the decision maker and your teen will have no option but to go along with your plans. Whilst this is true – and you both know it – shouting the odds and being dictatorial is not the route to a happy transition.

Instead, build bridges. Give your teen the freedom to take part in the planning, to openly discuss their fears and to ask the difficult questions. Encourage and help them to research your new area and find out for themselves what it has to offer. Find out what things would make the move more palatable and do everything in your power to be accommodating.

Take the higher ground; refuse to be drawn in to drama and conflict you will eventually win them over, just with love and patience and understanding because when all is said and done they still need you and they just want to feel like they’re an important part of your plan.