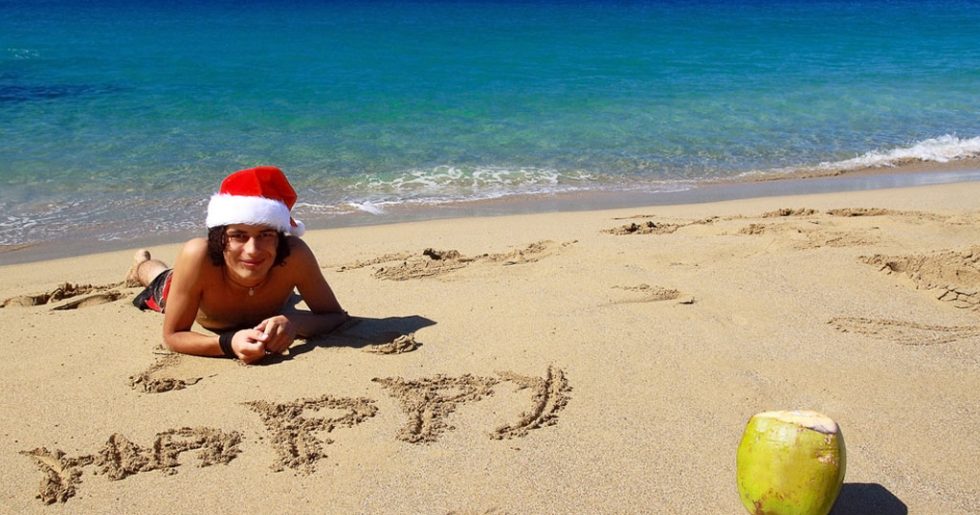 Being a teen can be hard. Being an expat teen can be harder. Despite the perception of friends ‘back home’ that life in the vast part of the world known as ‘overseas’ or ‘abroad’ is spiced with daily excitements, life for expatriates is not an ever-present party. Just as it isn’t anywhere.

Christmas particularly is often a bittersweet melange of emotions. Excitement tinged with reflection and memories of past holidays spent surrounded by cousins, uncles, aunts and that special breed of adult in whose eyes no wrong can be done, the grandparents. If a change in hemisphere has also been included in the relocation mix then the sense of convolution is increased as the sun either streams hotly on to near naked skin or slithers weakly through the thick overlay of low hanging cloud. Fake trees replace the evocative scent of pine needles and the winter wonderland is now desert. Either climate change can be equally disturbing when it is not the norm for Santa season.

The relocation to Singapore in the summer might have brought an element of exoticism to Skype sessions with friends back at base but as the pavements continue to sizzle in the tropics, the sense of missing out can be deepened when those old friends are snowboarding, or at the very least roasting chestnuts on an open fire. Stringing lights on a palm tree doesn’t hold the same allure, just as for children and teens relocating to the northern hemisphere for the first time wearing sweaters and boots instead of flip flops and shorts feels alien.

Torn between friends and family

For teens taking the boarding school route conflicting emotions are rife. The desire to be share the holidays with immediate family in a new location is strong but so too the longing to be a part of the festivities planned by term-time friends. Parties they know will be held in their absence and to which they will have no reference points on their return to school at the end of the vacation become ever-more alluring. Those first holidays home, wherever their new home is, can be very lonely. Teens are, for the most part, past the stage of wanting parental help in most aspects of their life, and parental input as far as ‘play dates’ are an anathema.

“Mrs. Rice’s son, Terry, is out for Christmas as well,” says a mother anxious for teen’s social life. “He’s the same age as you. I thought it would be nice for you both to meet. He and his mom are coming over this afternoon.”

“Mom!” her son says, eyes rolling and feet shuffling in an agony of teenage hubris, “I can make my own friends.”

“But how will you meet kids if you don’t live here,” the poor woman asks in despair.

“I just will Mom. Leave it alone.”

And even in the days before social media, we did manage to meet fellow transplants. Teens uprooted, again, and intent on finding their own way, without parental interference. We might not have been introduced in the accepted manner but a chance meeting at a street stall, at an airport lounge, is so much cooler than a forced and perfunctory ‘hi’ over our mother’s coffee table.

For the teen now living in new country and becoming part of either a local or international school, the chance to explore different cultures and customs can be intoxicating. That teen may be loath to spend the festive season propping up a parent trying hard to replicate the old traditions in a new environment. Porridge and hot chocolate on Christmas morning just doesn’t taste right when the pool or ocean is sending a siren call.

Dislocation comes in many guises, particularly in the holiday season, and we have to trust ourselves to allow our teens to find their own way no matter how painful for us, as parents, to see their tentative steps towards independence of both mind and body.

Isn’t that one of the reasons we agreed to relocate in the first place?

Apple Gidley, a freelance writer and author of Expat Life Slice by Slice, has traveled extensively and is a seasoned expatriate having started her nomadic life at a month old in West Africa. She has lived, worked and raised two TCKs in Nigeria, England, Malaysia, Singapore, Australia, Papua New Guinea, The Netherlands, Trinidad and Tobago, Thailand, Scotland, Equatorial Guinea and the USA. Apple currently lives in Houston, Texas. Read her blog at www.my.telegraph.co.uk/applegidley or visit her website at www.expatapple.com