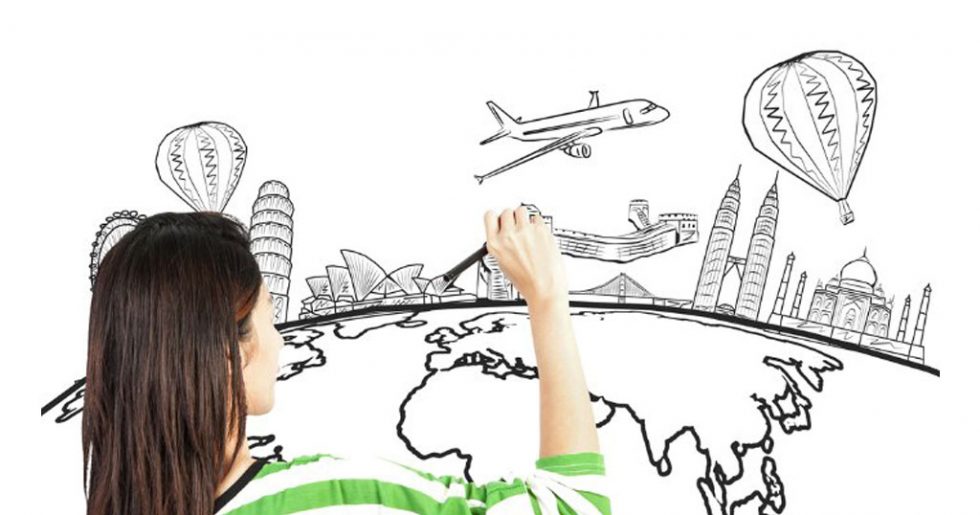 In the first exploration into the ‘imagined community’ of Expatria we established some of its key statistical contours, a rudimental mapping of a made-up nation. Its 232 million inhabitants make it the world’s fifth most populous ‘nation’, a population that has quadrupled in the last 25 years. Data provided by the UN and CIA Factbook projected Expatria as a nation befitting the developed world – an average age corresponding to Poland and South Korea and a GDP, although difficult to ascertain using remittance and tax avoidance figures, suiting other better fairing economies.

However, these promising figures are brought together by glaring disparities. Polarisations personified by the divide between the South Asian migrant workers who build the pleasure palaces of Dubai and the multinational CEOs that occupy them.

Third Culture Kids are children who have spent a significant part of their formative years living outside of their parents’ country of origin.

This series aims to investigate all facets of life in Expatria, starting with its future – its children. Young migrants number 34.8 million globally, being proportionally greater in the developing world, which hosts 62% of migrants under 20.

UN data produced in 2010 announced that there are over 13 million global migrants between the ages of 0 and 9, representing a significant proportion of immigrant populations in Africa and Central and South America. Child migration is as popular amongst developing nations as it is between developing and developed nations. Research stemming from the 1950s has conveyed expatriate children, referred to as Third Culture Kids (TCKs), as a unique group of growing global significance. In the Telegraph, Ruth van Reken acknowledged the exponential growth of TCKs and the ‘priceless gifts’ they have to offer.

The third culture is inspired by parental cultures and host nation cultures.

Third Culture Kids, the adopted sons and daughters of Expatria, are children who have spent a significant part of their formative years living outside of their parents’ country of origin. Sociologist Ruth Hill Useem’s work, based on her personal experiences of raising a family in India, built the platform for understanding expatriate children as being of a distinct third culture. The third culture is inspired by parental cultures and host nation cultures; the third, a synthesis created in the Petri dish of expatriate life.

Understanding of this border-straddling upbringing, was furthered by Ann Baker Cottrell who defined ‘global nomads’ as children ‘raised in third cultures, cultures which are created and shared by individuals in the process of relating different societies.’

Overseas job opportunities have increased and so have the number of globally-located children, it is estimated that there are as many bilingual children in the world as there are monolingual. In a survey conducted amongst American Adult Third Culture Kids (ATCKs), Expatria’s children were proven highly educated, four times more likely to achieve a Bachelor’s degree than non-expatriates, and over a third go on to Master’s level study.

Third Culture Kids have been a historical mainstay since the dawn of imperialism. The Child Migrant Trust charts the beginning of this movement to 1618 as London-born children were sent to Richmond, Virginia. Writers JG Ballard and Doris Lessing are examples of children of empire and their third culture experiences permeate through their work.

After World War Two and America’s consolidation as a world power, professional migration, globalised companies, international organisations and military outposts expanded the number of school age Americans living overseas, numbering 300,000 in research conducted in 1976. The embodiment of this phenomena is Barack Obama, born in Hawaii and raised in Indonesia and Chicago, now the 44th President of the United States of America.

“Aren’t those who actually experienced living overseas better candidates for globalisation than those who have never left Japan?”Yasuo Ichimura

Third Culture Kids of Japanese origin, known as Kikokushijo, have posed both a domestic difficulty and a potential solution to a nation, like all, needing individuals with a three-dimensional worldview. In 2011, the Kikokushijo grew to 780,000 and have been a cause of periodic domestic issues due to their difficulties in re-assimilation. In light of the current global climate, The Japan Times has called for this oft-marginalised group of bicultural and bilingual returnees to assist Japan, as its industries grapple with globalisation. Yasuo Ichimura, a representative of the Japan Foreign Trade Commission, questioned – “aren’t those who actually experienced living overseas better candidates for globalisation than those who have never left Japan?”

The formative make-up of Expatria’s youth appears an identikit for the future – an enriching cross-cultural experience generating an expanded worldview, children that embody the present day. In the globalised twenty-first century TCKs find themselves ‘increasingly relevant in the contemporary interconnected world’, according to Baker Cottrell.

The potential of the bilingual and bicultural is vast, however, the second part of this segment aims to make clear the difficulties and crises that befall children of global movement, an attempt to answer whether the world-faring are destined for world-weariness.