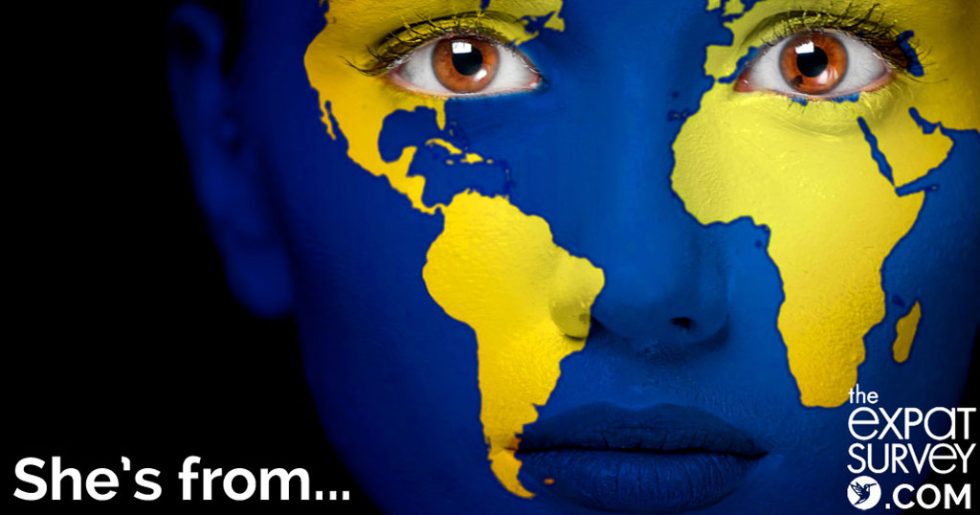 Expatria, the biggest country you have never heard of!

Here we take ‘expat’ to mean anyone who lives outside of their nation of origin for at least six months of any twelve month period.

There are 232 million people living outside of their nation of origin but what do we actually know about them? Immigrant or expat, tax exile or asylum seeker, estimations vary wildly and the knowledge of a population of almost a quarter of a billion has proven shallow. The Expat Survey conducts independent research that aims to paint a more accurate and textured picture of a constantly changing landscape. To emphasise this dearth in intel, if we took the world’s expatriates and put them in a country, how would that country look and feel?

An expatriate (sometimes shortened to expat): is a person temporarily or permanently residing in a country other than that of the person’s upbringing. The word comes from the Latin terms ‘ex’ (out of) and ‘patria’ (country, fatherland).

‘Expatria’ – our imaginary nation of expatriates/immigrants – would have a population of 232 million, rising from 154 million in 1990 and 175 million in 2000, according to UN statistics. This ranks Expatria as the fifth most populous nation on the planet, over three and a half times the number of people in the United Kingdom and sandwiched between Indonesia and Brazil – half the population size of the European Union. Expatria’s population growth rate of over a third since 1990 is matched by Brazil and Indonesia, two of the fastest growing economies worldwide.

The average age of the citizens of Expatria would be 38, being at their average youngest in Africa and oldest in Oceania. UN statistics estimate that 48% of the population would be women and 26 million of the residents aged 65+ years of age and proportionally greater represented than they are in the world population, 11% of the migrant population yet just 8% of the world’s population. Interestingly, 20-34 year olds represent 64 million people and also less females, which can be attributed to the transit of male migrant workers, especially those based in Asia.

The population of Expatria must be considered one of the most diverse on the planet. The largest proportion of people coming from South Asia, accounting for 36 million of the population,  with about 19 million migrants living in Europe, some 16 million in Northern America and about 3 million in Oceania. The second and third largest groups coming from Central America and the Caribbean, 17.4 million Central Americans are living in the US.

Measuring the wealth of Expatria is difficult; however remittance figures estimated by the World Bank give some indicator of the economic power of expatriates worldwide. The World Bank estimates $435 billion will be sent in remittance in 2014, outweighing ODA (official development assistance) by a factor of three. Although being a crude comparison, this figure would project Expatria as a top 40 world economy in 2014 if taken as its GDP. This is without considering the estimated wealth of tax exiles to be found in the havens of Switzerland, Luxembourg and the like. A study conducted by economist James Henry suggests at least £13 trillion ($20tn) squirreled away worldwide, which would catapult its ranking to the top of the table.

The citizens of Expatria are workers in a diverse range of fields that have significant economic power. European immigrants (European Economic Area) in the UK have contributed £20bn a year from 2001 to 2011 according to a study conducted by University College, London. Not only are expats economic contributors but work in various sectors. In the case of the UK, The Telegraph states that migrants from within the EU primarily fulfilling manual work, in factories and farming, whilst Non-EU immigrants are prominent in professional roles in health and science.

The population of Expatria equates to 3.2% of the world’s population but what do we really know about them?

The understanding of Expatria is in black-and-white with broad strokes, while the UN suggest a worldwide population of extra-nationals is 232 million, independent research conducted by Finaccord suggests a figure 56 million worldwide in 2014. At least there are estimates for the size of this universe, beyond quantitative figures, little is known of the quality and composition of the lives of expatriates.

This article has highlighted that there is a massive population, globally-based, that people know very little about, and what is by no means concrete. In 2013, The Guardian estimated that ethnic minorities, 14% of the population of the United Kingdom, is not effectively marketed to by businesses, only emphasising the massive Expatria-shaped hole in market intelligence.

The findings of the Expat Survey 2013 illuminated that expatriates spend more time on sites from their country of origin rather than sites of their country of residence; 70% still choosing to shop online from native sites. Statistics like these emphasise the inability of business to understand the spending habits of immigrant communities.

The deficiency of information highlights the need for independent research, the need for the Expat Survey. The English historian J. H. Plumb once stated, ‘statistics may give shadow and depth to the picture [yet] they cannot paint it.’ In regards to expatriate understanding, it is The Expat Survey that acts as the brush to paint the market’s landscape, to get the wants of a potential quarter billion understood by relevant and influential business.